* Refuting the claims by the media house, the actress informed that neither anything 'has gotten delayed' nor does anyone need 'to pick anyone up' 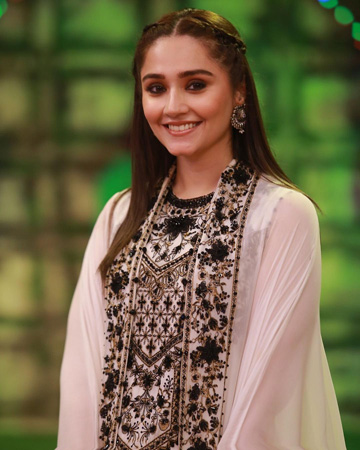 For those unversed, the ‘Gangubai Kathiawadi’ actor slammed media houses for spreading false information around her pregnancy news earlier. Sharing a screengrab of a news headline on her Instagram story, Bhatt wrote, “We still live in some patriarchal world.”

Refuting the claims by the media house, the actor informed that neither anything ‘has gotten delayed’ nor does anyone need ‘to pick anyone up’, adding that, “I am a woman, not a parcel.”

The ‘Kaisi Teri Khudgarzi’ actress took to her Instagram story with a screenshot of Bhatt’s post and penned, “We can get married/make babies and still be kick a fab.”

“Marriage is a part of life not a hault,” Dur-e-Fishan wrote further. “Stop telling WOMEN that their career goals don’t align well with that.”

Joining her was another actor Zara Noor Abbas who supported the Bollywood actor by sharing a similar experience. ‘Parey Hut Love’ actor noted, “And I thought only Pakistan thinks like this specially when brands wanted to drop me off when They got to know I was expecting.”

“Becoming pregnant and being an actress makes the society feel you are not GOOD for work anymore. Well guess what, WOMEN are good enough for everything and anything and its time the DICTATORS realise so.”

“And WE DONT HAVE TO PROVE OUR MOTHERHOOD AND CRAFT to any patriarchy,” the actor concluded. It is pertinent to mention that newlyweds Ranbir Kapoor and Alia Bhatt are expecting their first child together, mommy-to-be announced earlier this week.