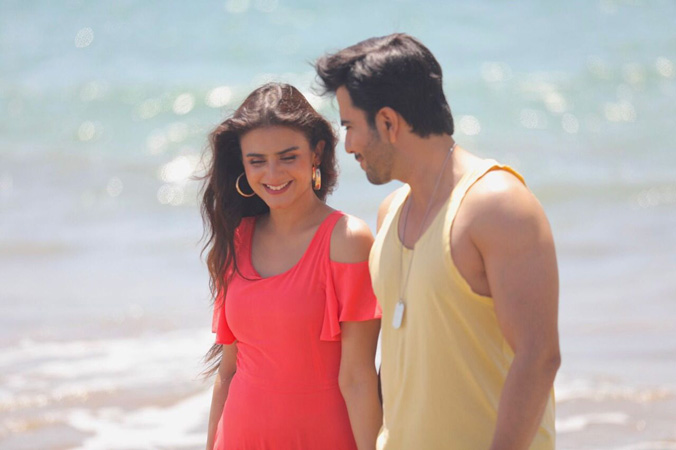 Our very own ace singer and actor Junaid Khan is all set to produce different genre’s of content under his production house Jeem Films.

And today he dropped his latest work Yadaan,a love song, sung and produced by him. Directed by Sadiq Azeem and music composed by Madlock Gilani, Yadaan is a love story in the form of a song starring Junaid Khan himself along with Hira Mani.

The song was shot in Karachi and Ormara and as we can see the video has a great balance of the water element and the land element creating very natural and soothing visuals.

From the lyrics to the video itself, Yadaan is a story of love, betrayal and forgiveness. A set of very strong emotions put very well together in the form of a music video.

As always Junaid Khan and Hira Mani have an explosive on screen chemistry and it magnified in the video too making it even more real and a touch of true emotions.

“I had a great time working with entire team”; stated the star himself. “We at Jeem Films work as a family and as a team which makes the entire work vibe very positive and full of good energies. And that is exactly how I want to run my production house. And you all can see the result of our team work in the form of Yadaan. A song very close to my heart strongly filled with emotions which I am sure everyone can relate too”.

From the visuals to the direction and the execution, Yadaan does come off as a very well shot video with everything on point.

Keeping in mind his years of experience in the industry, we are very excited to see what this super talented star is upto next.?Singer, song writer, and actor- Junaid Khan has carved a niche for himself in the Pakistani entertainment scene- starting his career in music and making a name for himself as the lead vocalist for his band Call, Khan soon moved his focus to television and has given us back-to-back commercially successful hits such as Yaarian, Kamzarf, Sun Yaara, Ishq Tamasha, Kashf, Khuda Aur Mohabbat,HumTum to name a few. On Pakistani television, Junaid Khan is currently one of the most versatile actors. He recently made his big screen debut opposite Mansha Pasha with the movie “Kahay Dil Jidhar”.