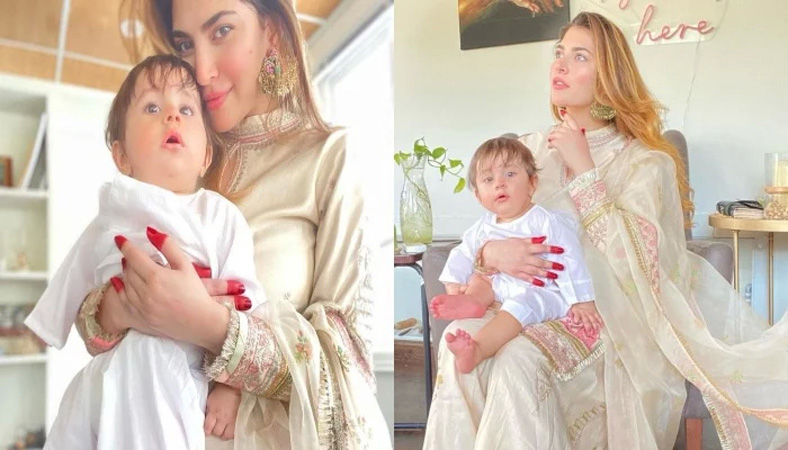 The wife of ‘Pyaray Afzal’ fame, Hamza Ali Abbasi turned to her official Instagram handle, Saturday, to share a new video – in collaboration with a local clothing brand – which featured the former actor with her mother and son.

The clip about ‘motherhood’ also teased a bunch of cute glimpses of Muhammad Mustafa Abbasi in the end. “Celebrating motherhood, family & growth,” read her caption on the photo and video sharing application.

The viral pictures received overwhelming love from her 2.4 million followers on the social platforms. Despite her brief on-screen stint, the celeb wife enjoys a huge following across her social media handles, where she frequently shares adorable clicks of her young one.