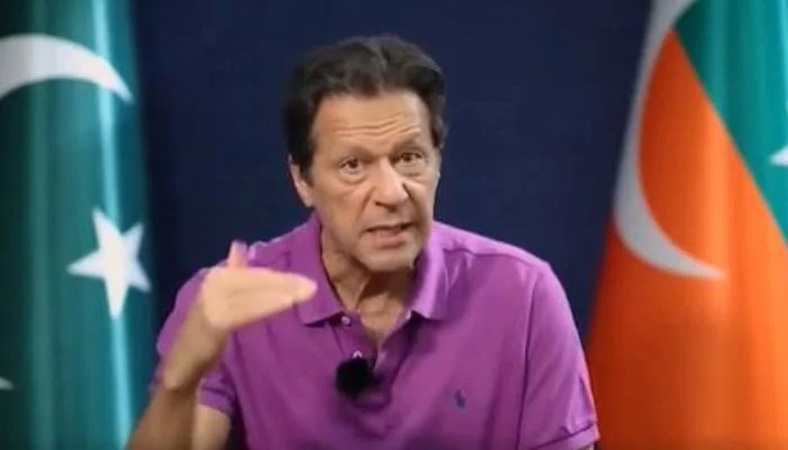 PTI Chairman and former prime minister Imran Khan Monday asked his supporters to register themselves for the party’s Tiger Force ahead of by-elections in Punjab.

In a video message, Imran said it was upon the citizens, especially the youth and women, to take “responsibility” for the upcoming by-elections.

He reiterated that the US had imposed its “puppets” by hatching a “regime change conspiracy” against an elected government in Pakistan and urged people to support his quest by terming the upcoming by-elections a ‘jihad’. The by-elections come in the wake of the Election Commission of Pakistan (ECP) de-notifying at least 25 of PTI’s dissident lawmakers, including five elected on seats reserved for women and minorities, for voting in favour of PML-N’s Hamza Shahbaz Sharif as Punjab chief minister, says a news report. The said PTI lawmakers had not voted for PTI-backed candidate Chaudhry Pervez Elahi. The ECP has announced that the by-polls on the 20 vacant seats of Punjab Assembly will be held on July 17.

Addressing party activists’ conventions on June 26 in four provincial assembly constituencies in which by-elections are being held after the de-seating of the PTI lawmakers, Imran had said his party would win the by-polls with a great margin “against all odds” despite the “umpire” teaming up with the incumbent rulers.

These two parties have “sucked people’s blood and destroyed the justice system, NAB [National Accountability Bureau], and other institutions.” He claimed that cases involving Rs16 billion in assets had been buried and that there was no accountability. He lamented that the government had filed eight to nine cases against him and that the incumbent government had created an environment in which “opposition is finished.” He said the current Punjab parliament was “nothing more than a farce.”