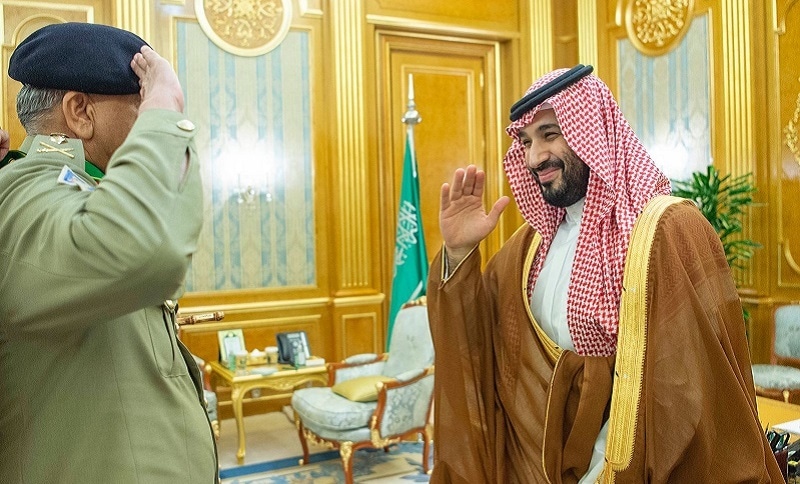 “During the meetings, matters of mutual interests, bilateral defence and security cooperation and regional peace and stability were discussed. COAS General Bajwa said that Pakistan values its historical and brotherly relations with the Kingdom and acknowledges its unique place in the Islamic world,” the military’s media wing stated.

It further stated that Pakistan and Saudi Arabia agreed upon enhancing defence cooperation in the fields of joint training, air defence, counter-terrorism and communication and information domain. They also agreed to further enhance cordial relations and a deep spirit of brotherhood into an enduring strategic partnership, while being vital players in the region with significant responsibility towards the unity of the Muslim Ummah.

As per Saudi Press Agency the meeting was attended by Saudi Deputy Minister of Defence Prince Khalid bin Salman bin Abdulaziz, Chief of General Staff Lieutenant-General Fayyad Al-Ruwaili and a number of senior officials both from Pakistan and Saudi Arabia.