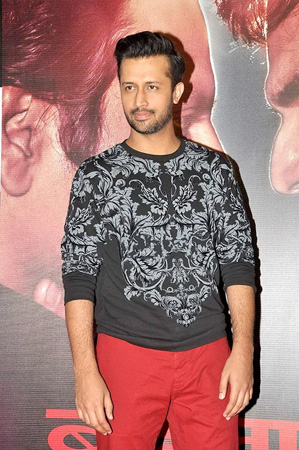 Atif Aslam has always had a warm relationship with his fans, be it saving one of his female fans from harassment or pulling up a child fan out of the crowd.

Even now, the Doori hit-maker’s sweet gesture has melted hearts of his fans all over on internet.

In a video shared by one of his ardent fans on Tuesday, the singer-songwriter was elated to see his differently-abled fan at the backstage after finishing off his concert.

After exchanging pleasantries, the Tu Jaane Na crooner could be heard saying, “Thank you for coming and taking out time to meet, I love you” to the fan.

In no time, the video went viral and fans dropped in heart-shaped and heart-eyed emojis in the comment section.

One wrote, “King for a reason.”

Another user remarked, “He is a true legend.”