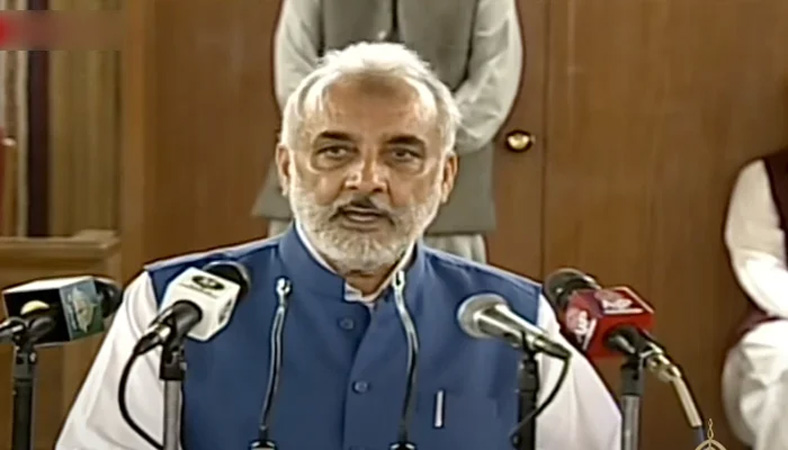 The Balochistan government on Tuesday presented a deficit budget with a total outlay of Rs. 612.79 billion. Finance Minister Sardar Abdul Rehman Khetran presented the budget for the fiscal 2022-23 with the deputy speaker Babr Musakhail in chair.

Presenting the budget, the finance minister said that the provincial government would get Rs 370.33 billion from the federal government under the National Finance Commission (NFC) award whereas the budget deficit is declared over Rs.72 billion.

Finance minister, in his speech, announced that the government had decided to increase the salaries of the government employees by 15 percent on their basic salaries as of 2017 besides increasing pension by 15 percent. “As many as 2,850 vacancies have been created to provide jobs to the jobless people in Balochistan,” he noted, adding the province would get Rs. 14.36 billion from the foreign support fund and Rs.40 billion on the account of the Sui Gas lease. Highlighting the provincial government priorities, he said government accords priority to health and education sector as Rs.6.60 billion were allocated for the provision of medicines to patients across Balochistan. “Our government has completed its eight-months term. This period is too short to evaluate the performance of any government. However, we have set a new record by achieving many important achievements during this short period,” he said. In addition to the historic Reko dic agreement, we have from the very beginning focused on creating employment opportunities for the youth of Balochistan.

The finance minister said that after the formation of provincial government, our biggest challenge was to implement the provincial development program for the current financial year for which there were almost no resources. However, we reduced our non-development expenditure as much as possible.

The minister noted, “We can provide resources for development schemes but the fact is that PSDP FY 2021-22 was apparently a one year development program but in reality PSDP 2021-22 was set up far beyond the available resources due to which we have to focus on it. “There were severe difficulties in implementation and it took us some time to balance it,” he maintained. Abdul Rehman Khetran said, the present government got ahead of other provinces by introducing Balochistan Public Finance Management Act to prevent financial irregularities in the province which is no less than an honor. This important legislation has put the financial process and budgeting in the right direction. “This landmark legislation has ensured an unprecedented level of efficiency, effective accountability, and equitable distribution of resources in development projects, including public service delivery and non-development budgets, under a comprehensive strategy in the province”, he said. The finance minister said that our government had been facing financial problems from the very beginning but in spite of unfavorable conditions, government and opposition circles had been ensured equal distribution of resources in the development projects.