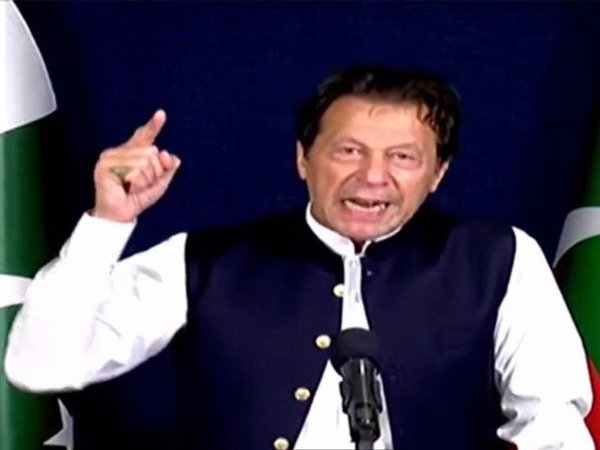 “Today is a Black Day in Pak’s history when imported govt of crooks amended NAB law comes in ending accountability. Entire economy & pol system of Pak was derailed thru US-backed regime change conspiracy simply to give this cabal of crooks another NRO. PMLN’s Dastgir confirmed this,” Imran tweeted as he referred to the disclosures made by PML-N leader Khurram Dastgir in a TV show.

Referring to the changes in the NAB law, Imran said, “Rs1100bn of the Rs1200bn that was being investigated by NAB will now be out of NAB’s jurisdiction, giving this criminal mafia their NRO2.”

He said the history will not forgive all those who enabled the ouster of the PTI government. “At a time when our economy had stabilized & was moving towards sustainable growth of 6%, the conspirators chose to destabilize Pak by sending the economy into a tailspin & dropping a price bomb on our people – just to give these criminals NRO2,” he claimed. Meanwhile, addressing a press conference in Islamabad, former information minister Fawad Chaudhry alleged that the PML-N and PPP along with other opposition parties had linked their support to then-PTI government over FATF legislation to changes in the NAB law.

He claimed that as a result of changes to the NAB law, Section 14 had been removed. According to Fawad, the said section pertained to the suspect producing evidence of their illegal wealth. He further claimed that the definition of assets had also been changed in the new law. “Section 21 will help Maryam Nawaz in the Avenfield case, whereas Khawaja Saad Rafique will be benefitted in the Ashiana housing scam,” the PTI leader maintained.

“An amendment in Section 4 will facilitate Raja Pervaiz Ashraf and Shahid Khaqan Abbasi,” Fawad stated. He added that the government wanted to end the autonomy of NAB and bring it under the control of the interior ministry.

Fawad further said that “the government inserted special amendments to the NAB law to facilitate the leaders facing cases linked to Panama Papers”. He added that as a result of the changes to the NAB law, there would be no investigations into assets owned by the family of the accused.

Fawad alleged that the first NRO to PML-N was given by former military dictator Pervez Musharraf and now a “second NRO was on the cards”. As a result of the first NRO, cases against the Sharif and the Zardari families were quashed while this ‘second NRO’ is also benefiting both families. He claimed that the PTI recovered Rs487 billion in its three-year tenure through NAB. He said such recoveries could have been used to subsidies oil and energy prices.

Fawad also referred to the PML-N leader’s interview, and claimed that the PML-N leader admitted that Imran was ousted to save the then opposition leadership from accountability.