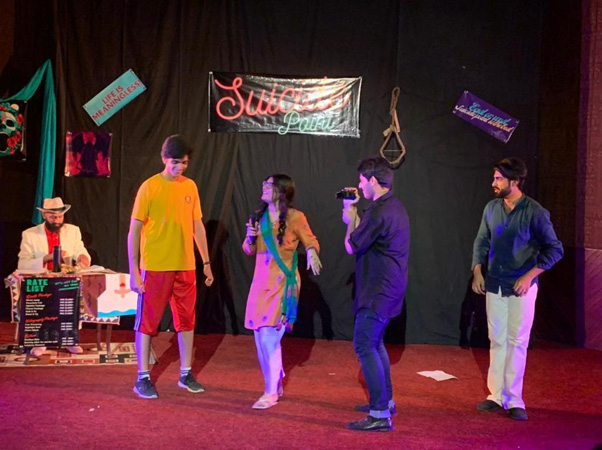 Ajoka’s art of acting students put up a polished and meaningful performance before a packed audience at PILAC, Lahore.

“Suicide Point”, written by Ajoka’s Art of Writing student Ummer Amin, and directed by Ajoka Institute director Nirvaan Nadeem, the play presents a business outlet offering @convenient and affordable suicide”. The witty and fast-moving script revolves around the manager of Suicide Point who deals with clients such as a student who has failed in exam, a jilted liver, a businessman who is burdened with loans and a property tycoon who has bought a ticket to Paradise. 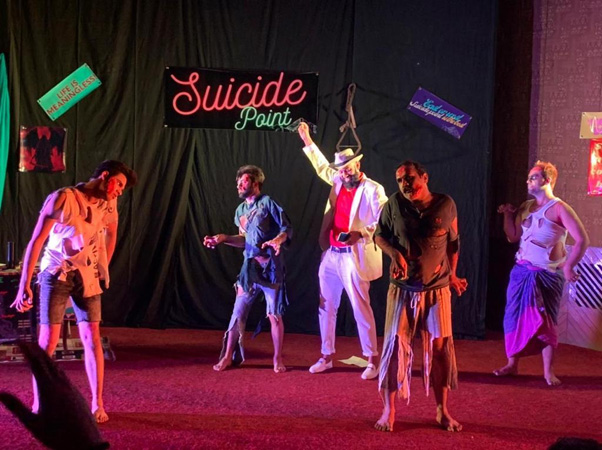 Playwright Shahid Nadeem who conducts Art of Writing classes, appreciated the powerful satirical references in the script, which reflected the desperate economic challenges leading to a suicide wish among the victims.

The play was preceded by a short performance by the children of the Kids edition of Ajoka’s art of acting course. The performers included Tanya Umair, Taimoor Bin Saud, M Bin Usman, Ayat Bareen Khan and Abdul Rehman Khan.

Ajoka Institute director Nirvaan Nadeem congratulated the impressive performances of the acting students and distributed certificates to the performers.

He also thanked PILAC for its support.