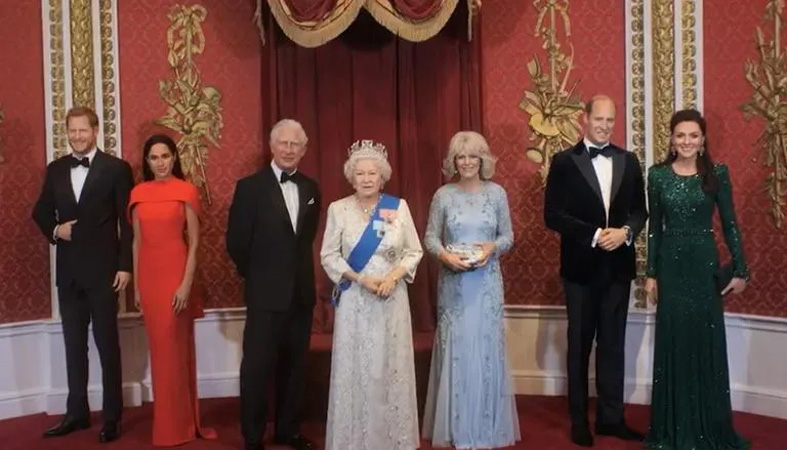 Bow down to this family reunion. In honor of Queen Elizabeth II’s Platinum Jubilee this weekend, Prince Harry and Meghan Markle returned to the United Kingdom. The Duke and Duchess of Sussex, who stepped down as senior members of the royal family in January 2020, flew from their home in Southern California to join in on the celebrations, which kicked off on June 2 with the Trooping the Colour ceremony.

Harry and Meghan-who share kids Archie Harrison, 3, and Lilibet Diana, 12 months-did not appear alongside Queen Elizabeth on the Buckingham Palace balcony during the festivities due to the monarch’s decision to only have working royals by her side. However, they did enjoy the Trooping the Colour ceremony from the sidelines at Major General’s Office with fellow family members.

The pair’s trip to London comes just over a month after they met with Harry’s grandmother in the U.K. While few details from the meeting were released, it marked the couple’s first joint visit to the country since moving to California in 2020.

Back in June 2021, Harry flew to England to help brother Prince William unveil a statue of their late mother, Princess Diana. He also attended his grandfather Prince Philip’s funeral in April 2021.

Now, despite their differences with the royals in the past, the couple is back-with kids in tow-in honor of the Queen.