Govt has failed to provide relief to people: Aurangzeb 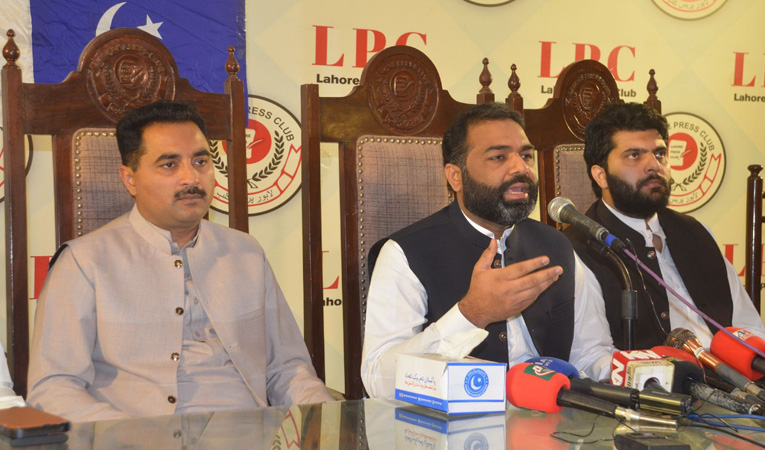 Pakistan Tehreek-e-Ittehad Central Chairman Chaudhry Aurangzeb has said that the present rulers have completely failed to provide relief to the people. Addressing a press conference along with other leaders of Pakistan Tehreek-e-Ittehad at Lahore Press Club, he said they will contest upcoming election from all over Punjab including Lahore and tickets will be given to the educated youth.

On this occasion, Dr. Hafiz Sabeel along with hundreds of his workers announced to join Pakistan Tehreek-e-Ittehad. Welcoming Hafiz Sabeel and his associates to the party, Chaudhry Aurangzeb said that unfortunately every party made big promises with the youth and used them for their own political interests. “Every party, after coming to power, ignored the youth and strengthened the traditional politicians. Pakistan Tehreek-e-Ittehad is the only party whose manifesto is Pakistan.

We have to represent the oppressed sections of the country and protect their rights. And the educated youth should be brought forward and put in the driving seat. Until the educated youth goes to the Parliament, the traditional politicians will continue to loot country through their traditional politics,” he said. He said that the elite class has been ruling the country for the last several decades and a few families have been ruling the country again and again.

“The poor are getting poorer while the rich are getting richer. They get vote by making false promises of providing relief to the people and then get involved in pursuing their own interests. But now, the people want to get rid of them,” he added. Chaudhry Aurangzeb said that Pakistan Tehreek-e-Ittehad will fully participate in the upcoming elections. “We will contest elections to serve the people, and give tickets to the educated youth so that they can serve the people,” he said, adding that today’s Pakistan is neither the Pakistan of Allama Iqbal nor that of Quaid-e-Azam.

“We have to make it the Pakistan of Quaid-e-Azam and Allama Iqbal in the true sense,” he said, adding that the ruling class comes to government not to give relief to the people but to win the next election.