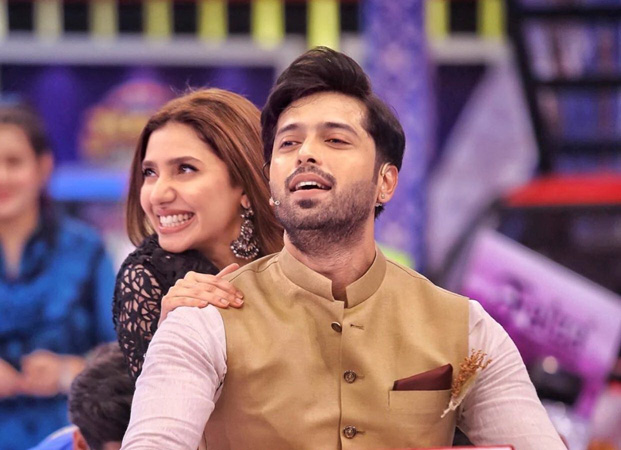 A video clip from a recent interview of Pakistani stars Mahira Khan and Fahad Mustafa has been widely shared on social media in which the “Quaid-e-Azam Zindabad” duo can be seen having a fun banter. During an interview, while playing a board game Jenga, Fahad was asked that what does Mahira do in free time on the sets? Replying to the question, he said that Mahira scratches herself.

Mahira was shocked to hear Fahad’s reply while she rejected the allegation while laughing.

Then Mahira was asked when Fahad is not on the set, what will he be doing? The interviewer asked Mahira to take the revenge by revealing anything embarrassing about Fahad but Mahira said that she haven’t seen him doing anything weird or scratching himself. Mahira then jokingly said to Fahad that right now you are scratching yourself.

Mahira and Fahad are currently promoting their film “Quad-e-Azam Zindabad” which is slated to be released on Eid-ul-Azha.

The trailer of the movie has already been released. It showcases several fight scenes, some celebratory dance numbers and a climactic sequence with a bike chase that will be a first for Pakistani cinema.

It seems like it will be the first film since 2018’s “Teefa in Trouble” to exhibit thrilling action sequences.

Along with Fahad and Mahira, other co-stars include the veteran Nayyer Ejaz, the ever-green Javed Sheikh, the legendary actor Qavi Khan, and the instantly recognizable actor Mehmood Aslam.