‘Good news from FATF will restore confidence in our economy,’ says MoS 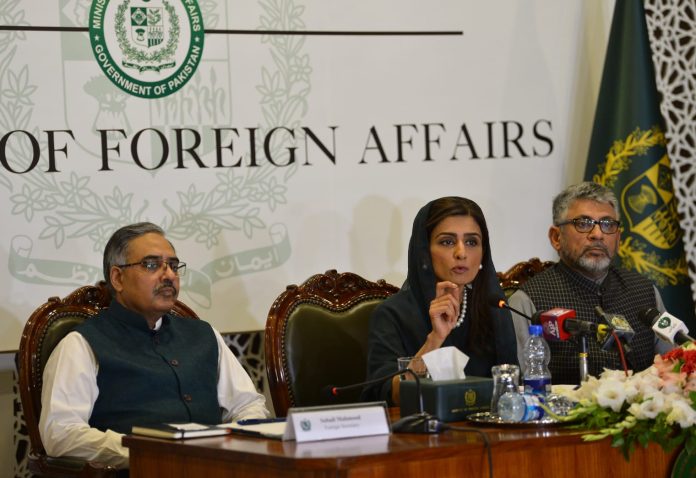 ISLAMABAD: On Saturday, Minister of State for Foreign Affairs Hina Rabbani Khar reiterated Pakistan’s cooperation with the Financial Action Task Force (FATF) and the international community was based on the country’s strategic goal of strengthening its economy and further integrating into the global financial system.

Addressing a press conference at the Ministry of Foreign Affairs, she said that the ‘good news from FATF will restore confidence in our economy, will give it a much-needed boost and would improve the investment climate.’

She said that Pakistan’s positive and speedy progress, which paved the way for its exit from the grey list, was greatly appreciated and welcomed by the FATF members.

Sharing details of the FATF plenary session in Berlin, Germany where she headed Pakistan’s delegation, the minister said during the meeting, the recommendations of the FATF’s International Cooperation Review Group (ICRG) on Pakistan’s 2018 and 2021 Action Plans were discussed.

The FATF had acknowledged by consensus that all action items had been largely addressed by Pakistan and the action plan was closed with no pendency on part of Pakistan, she added.

She said on the 2021 Action Plan related to money laundering issues, Pakistan had completed the entire seven-point action plan a year ahead of the prescribed timelines.

“This swift pace and progress is indicative of the comprehensive reforms and action that have been carried out by Pakistan in the AML/CFT domain and sustained momentum of our efforts,” she maintained.

Hina Khar further said that FATF had now formally acknowledged the completion of both action plans by Pakistan containing 34 points and duly recognized the tremendous progress and commitment to improve its systems.

The FATF after discussions, decided by consensus that Pakistan had completed all the requirements of both action plans and thus authorized an on-site visit of the technical team to Pakistan to validate the process of implementation of reforms.

She explained that it was a technical requirement for those countries that were removed from the grey list. The on-site visit would evaluate the arrangements, legislation, coordination among the different bodies and their offices etc, she added.

“It marks the beginning of the end-process that will eventually culminate in the exit of Pakistan from FATF’s grey list,” she said, elaborating that they were working closely with the FATF to arrange the on-site visit, with a view to concluding the entire process at the earliest and before the next FATF plenary in October this year.

Hina Khar said that they had been highlighting the complete national consensus in Pakistan on the issue which was supported by institutional harmony and synergy.

The minister while appreciating the tireless efforts of all the teams to achieve the objective, said that it was indeed a whole country’s response’. “It also demonstrates that when we work together with a sense of purpose, we can achieve remarkable things,” she added.

She also expressed gratitude to the friendly countries and international partners for their understanding, support and cooperation.

In reply to a question, she said that all the political parties, the present and the previous governments deserved credit for making progress over the objective as it was a national cause and ‘a win-win situation for Pakistan’.

The minister said taking all drastic measures with national consensus was in Pakistan’s interests to show to the world that it was a responsible country.

Responding to a question regarding India’s attempts to leak FATF proceedings, she said that the body had been very strict about the confidentiality of its reports.

On the other hand, Pakistan manifested itself as a responsible country and a part of the responsible international economic framework.

She also expressed optimism that the achievement at FATF would also restore economic stability.