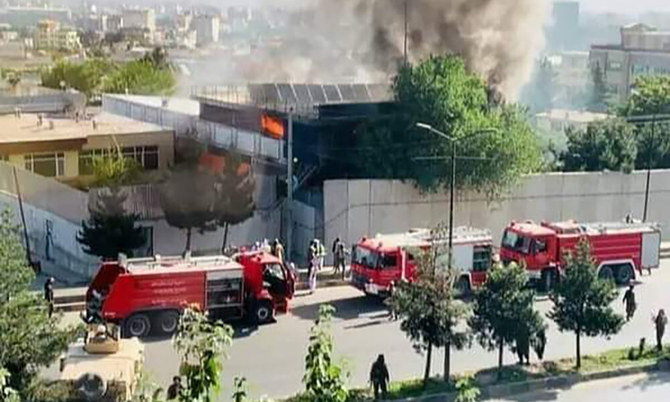 KABUL: Gunmen stormed a Sikh temple in the Afghan capital Saturday, lobbing at least one grenade and wounding two people, the interior ministry and witnesses said.

While the number of bombings has dropped across the country since the Taliban seized power in August, several fatal attacks have rocked the country in recent months.

Minutes later a car bomb detonated in the area but caused no casualties, he added.

Singh, who was close to the scene, said the number of casualties could rise.

“Generally at that time in the morning we have several Sikh devotees who come to offer prayers at the gurdwara,” he said.

The number of Sikhs living in Afghanistan has dwindled to around 200 compared to about half a million in the 1970s.

Over the years the community has faced repeated attacks and at least 25 people were killed in March 2020 when gunmen stormed a Sikh temple.

Daesh claimed responsibility for that attack, which forced many Sikhs to leave the country even before the Taliban returned to power.

The militant organisation has a history of targeting Afghan Sikhs, Hindus and other members of minority communities.

A string of bombings hit the country during the Muslim holy month of Ramadan, which ended in Afghanistan on April 30, some of them claimed by Daesh.

The deadliest was in the northern city of Kunduz, where a bomb targeting Sufi worshippers tore through a mosque killing at least 36 people.

The Taliban have pursued an Afghanistan free from foreign forces, whereas Daesh wants an Islamic caliphate stretching from Turkey to Pakistan and beyond.