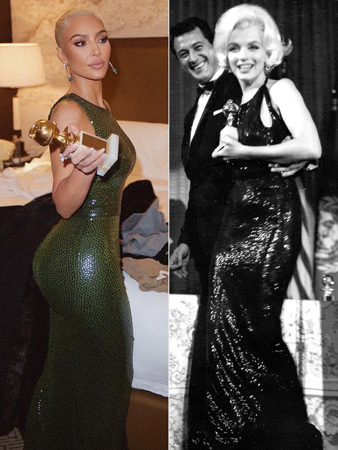 A lot of controversy has lately happened after it was brought to the fore that Kim Kardashian’s attempt at wearing the iconic Marilyn Monroe gown to the Met Gala this year may have damaged its fabric, leading to some tears here and there. In some newly-emerged photographs, collector Scott Fortner of the Marilyn Monroe Collection – the world’s “largest private collection of Monroe’s personal property and archives” – had highlighted that the dress, which is currently on display at Ripley’s, has some tears on the back, along with some crystals and sequins missing. And that when compared with its on-display images in 2016, the differences in terms of damage are quite stark. Fortner’s official Instagram account has posted many before-and-after images of the dress, writing, “So much for keeping ‘the integrity of the dress and the preservation’. @ripleysbelieveitornot, was it worth it? #marilynmonroe” It was in reference to a Ripley’s press release dated May 2, which stated: “Great care was taken to preserve this piece of pop culture history. With input from garment conservationists, appraisers and archivists, the garment’s condition was top priority.