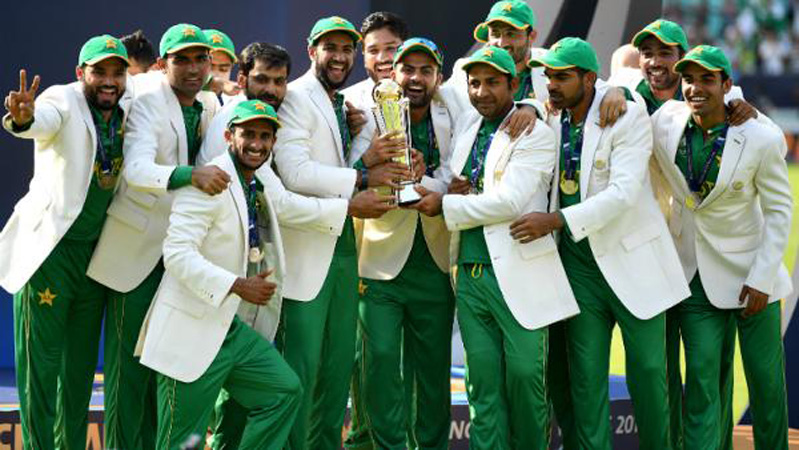 The biggest delight and surprise that happened for Pakistan cricket on 18th June 2017 was in United Kingdom. Underdogs Pakistan stunned all and sundry by making the ICC Champions Trophy final for the very first time. Before the tournament started, the universal consensus was that South Africa, Australia, England and India would make it to the knockouts. There was sound logic to that theory, given the weight of history and the form of these sides at the time. However, and especially in ODI cricket, reputation and pedigree can quickly be relegated to the background, and that’s what makes cricket so fascinating. After suffering a humiliating defeat in their opener, many had written Pakistan off. Just when even their most loyal supporters were beginning to lose faith, Pakistan bounced back with commitment, belief and desire. The biggest story behind Pakistan’s success was how well they read the conditions and how well they selected their playing eleven. Their performance in the field was equally selfless. Their performance and victories against South Africa, Sri Lanka and England were unbelievable. Unpredictable Pakistan concluded their Champions Trophy, also called Mini World Cup, campaign in a magnificent style at the Oval, which they had begun very poorly at Edgbaston.

On 18th June 2017, Pakistan scored a famous, joyous and monumental victory. Meeting India in the final of the Champions Trophy, Pakistan made a mockery of their underdog billing to win by 180 runs. Pakistan, showing inspiration and the roaring ambition, turned the tables on their opponents through a marvellous performance in a gripping encounter, fought in an excellent spirit and holding the attention of the fans throughout, around the globe. It was a high-octane and thrilling contest. Pakistan literally took the wind out of India sails. The triumph was unprecedented glory.

Having benefited from an early slice of luck, when Fakhar Zaman was caught behind off a no-ball, Pakistan did not look back till they had whizzed past the finish line in style. Zaman, playing his fourth ODI, led the charge with a free-spirited, brutal and spell-binding maiden hundred that laid the platform for a total of 338. The score was Pakistan’s second-highest against India. Then Mohammad Amir took over, ripping out India’s vaunted top three in a searing and incisive opening spell. This was Pakistan at their best, and even a dazzling 76 by Hardik Pandya could not spoil their party. Throughout the tournament, Pakistan had proved that their bowling was their stronger suit with the skill and guile of players like Amir, Hassan Ali, Junaid Khan and Imad Wasim. Thanks to a calculated bowling attack, India could muster up just 158 runs and lost all their wickets by the 31st over.

Under captaincy of Sarfaraz Ahmad, Pakistan not only defied logic but also broke the Indian hoodoo in the International Cricket Council events after a long time. Pakistan thrashed India to lift the coveted 2017 trophy at Kennington Oval. This was Pakistan’s first ICC title since winning the 2009 World Twenty20 in similarly incomprehensible manner, and first in the 50-over format since Imran Khan lifted the World Cup on a starry Melbourne night in 1992. Cricket has undergone various rule-changes in order to spice up the action. There have been modifications to the Power Plays, to the number of bouncers allowed per over, you name it. But while all this is important, nothing provides greater spice than the quality of cricket, the closeness of battle, the ups and downs that stem from teams fighting it out on an equal footing. At the end of the day, one wants to witness a contest, not a one-sided passage of play with one team steamrolling the other. That’s exactly what 2017 tournament provided — plenty of thrills and spills, and a team bouncing back from no-hopers to making a strong case for top honours!