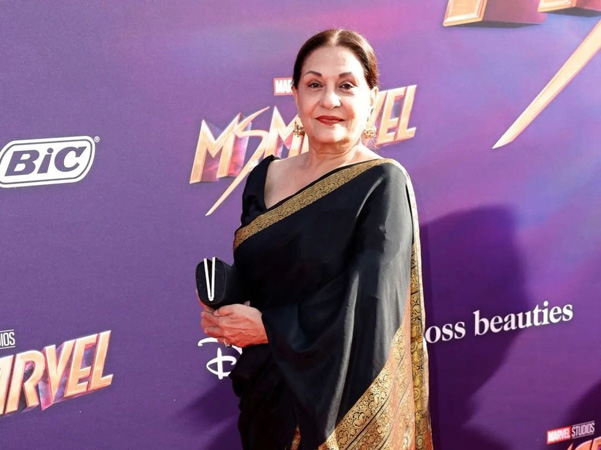 Seasoned Pakistani actor Samina Ahmed was the latest one to be featured in the much-anticipated web series portraying the first Muslim and Pakistani superhero.

Introducing Nani, Samina Ahmed in Ms. Marvel, she wrote, adding that Episode 2 is out on DisneyPlus and will hit Pakistani cinemas on June 17th.

Iman can be seen having a video calling her maternal grandmother. The duo discussed the gifts they exchanged. On Kamala’s curiosity, her grandmother revealed the origin of the bangle, saying It belonged to her mother.

Before the two continue the late-night conversation, Kamala’s father knocked on the door after he heard voices from her room. Later, Kamala slammed the door using special powers as his father attempted to enter the room.