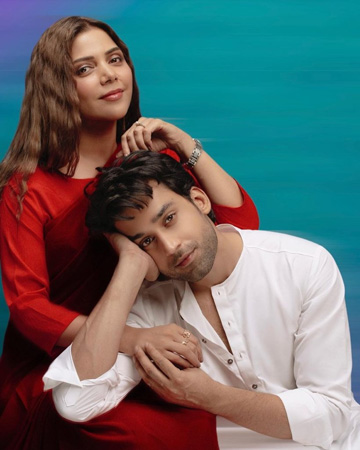 Dobara, the drama serial that normalised allowing love and independence for all ages, came to a happy end on Wednesday.

The Bilal Abbas Khan and Hadiqa Kiani-starrer highlighted the negative outcomes of child marriage and broke several societal taboos against widows and their choice to engage in second marriages.

The Danish Nawaz directorial saw the complex relationship between an old widow Mehrunnisa and a young Mahir. Despite societal pressure to mourn for the rest of her life, Mehru finds the will to tie the knot with her ally, her biggest supporter, Mahir, after the passing of her husband. While the meaningful storyline seemed to be shattering stereotypes, people lost interest midway – and were even disappointed – after it was showcased that Mahir is also a typical cheating husband who loses interest in Mehrunnisa after meeting his ex-fiancée Narmeen.

Irrespective of the betrayal, Dobara wrapped up with a happy ending, showing Mehru forgive Mahir after the latter confessed his “true love” for her. Now, viewers are divided over their feelings about the conclusion, with some expressing their joy for Mahir and Mehru’s reunion on social media and others wondering if Mehru “deserved better”.

A tweet highlighted the “pathetic” reality of how after breaking stigmas and taboos, Dobara ended up showing that “women can have their happily-ever-after, even with gold digging cheaters.”

On the contrary, another fan thought that the serial was full of lessons. “Dobara wasn’t just a drama but a lesson. There are no limitations and excuses in love and marriage. A lover is someone who accepts you as is.” They also gave a shout out to Mehru’s character and how Kiani was the “perfect” choice for it.

One user felt that though the show ended on a good note, it left a bad taste and Mehru deserved better than a cheating husband.

Another user felt that the snowmakers didn’t have to show Kiani as an “old chashmatu aunty” in the 10-years later scene. “Totally senseless. She looked so good throughout the serial,” the user claimed.

A fan shared that they would’ve preferred an alternate ending- independence for Mehru away from toxic men. “We would have liked it much better had Mehru moved on and transformed into a strong, independent woman who didn’t need a man to live a life she always wanted.”

Leave the show, a fan is more concerned for Khan’s future projects. They highlighted how most of his shows namely Cheekh and Dunk have had “poor” endings despite his good acting.