Farhan Saeed was offered a Bollywood film with Urvashi 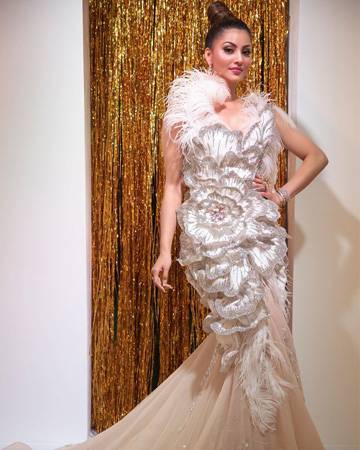 Farhan Saeed is currently wowing audiences with his performances in Mere HumSafar and Badshah Begum. The singer-turned-actor has been receiving a ton of appreciation for his work lately, something that he recently spoke about in an interview with Something Haute. But before his acting stints on the local screen, Farhan Saeed was offered a Bollywood film. Farhan Saeed shared: “I was offered a Bollywood film with Mithun Chakraborty’s son, which also starred Urvashi Rautela. But Urvashi and I backed out of it together because we realised it was not something that we wanted to do.” He shared that upon returning to Pakistan after making music for Bollywood, he was offered Udaari which became a huge hit. Now, years down the line, Farhan Saeed has been enjoying acting and eagerly awaits for the next role. He’s also coming to the silver screen with Tich Button soon.