Indebted to Saba Qamar for life for doing the pond scene: Sarmad Khoosat

* In a recent interview, Sarmad praised Saba saying, 'We had shot the scene and had marked the location for the jib shoot but when it came, the geyser stopped working' 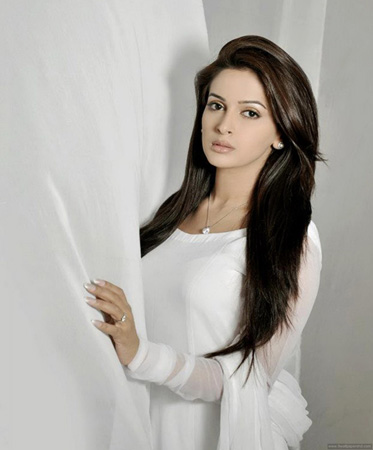 Pakistani film and TV actor/director Sarmad Khoosat has recently lauded actress Saba Qamar for doing a scene in a water pond in winters for their film “Kamli”.

He said that he is indebted to the actress for doing the scene in December.

In a recent interview, Sarmad praised Saba saying, “We had shot the scene and had marked the location for the jib shoot but when it came the geezer stopped working.”

He said that he went into the cold pond to show support to Saba but he could not stay there for long and jumped out. He said he was told that the water is heated but it was still cold. He added that Saba told him that she’ll do it and did it.

“A retake would have required, drying her up, doing hair, redoing the shots but thank God we got that in one take,” he said.

On a question about Saba s casting in the film, Sarmad said that the role of Hina required a solid actor for the portrayal of that character and Saba had that personality to do it.

“I was sure it had to be star, no two ways about that as I knew this film required a certain amount of money to be produced so we needed a bankable star. To portray Hina s emotional character, I don t think we had so many options. Saba s lively eyes, lively eyebrows, her face, her body and when you see her on screen, you cannot see anywhere else,” he said.

Sarmad further added that Saba used to visit him in his office and they had discussed the character of Hina in detail. “She used to ask me about the story but I used to tell that we are just discussing Hina. Now I feel that nobody else could have been Hina, it’s her,” he concluded.

Directed by Sarmad, “Kamli” is a story of love, loss, and cloaked secrets which inherent weaknesses and conflicts of men and women. It boasts a talented cast including Saba, Hamza Khawaja, Sania Saeed, Omair Rana, and Nimra Bucha.