Govt must facilitate Musharraf if he wishes to return: Nawaz 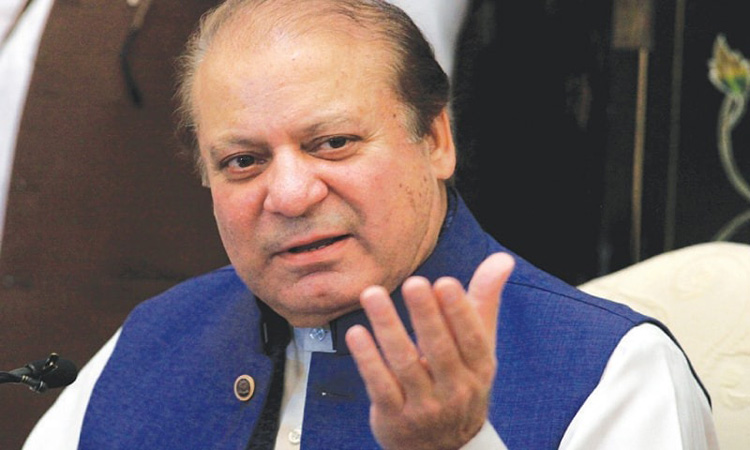 Former prime minister and PML-N supremo Nawaz Sharif has asked the coalition government to facilitate former president Pervez Musharraf if he wishes to return to Pakistan, adding that he does not have any “personal enmity or tussle” with the ex-dictator. “I have no personal enmity or tussle with Pervez Musharraf. I do not want anyone else to suffer the traumas that I have to endure for my loved ones,” the three-time prime minister stated on Twitter. Nawaz added that he is praying for the health of the former dictator, adding that if he wishes to come home, then the government should facilitate his return. Hours before Nawaz’s tweet, Director-General Inter-Services Public Relations (ISPR) Major General Babar Iftikhar also said that the military leadership believes that the former army chief should return to Pakistan. “We have contacted his family. Once his family responds, we can make the required arrangements,” the military’s spokesperson said as he prayed for Musharraf’s speedy recovery. Defence Minister Khawaja Asif also said last week he believed that no hurdles should be placed if the former dictator wanted to come back to Pakistan. Musharraf, 78, is critically ill these days as he is suffering from a condition called amyloidosis, his office said Friday. Last week, the All Pakistan Muslim League (APML) – the political party established by Musharraf – said that he was taken back to his residence after three weeks of being admitted to the hospital, refuting the news of his death or him being on a ventilator.