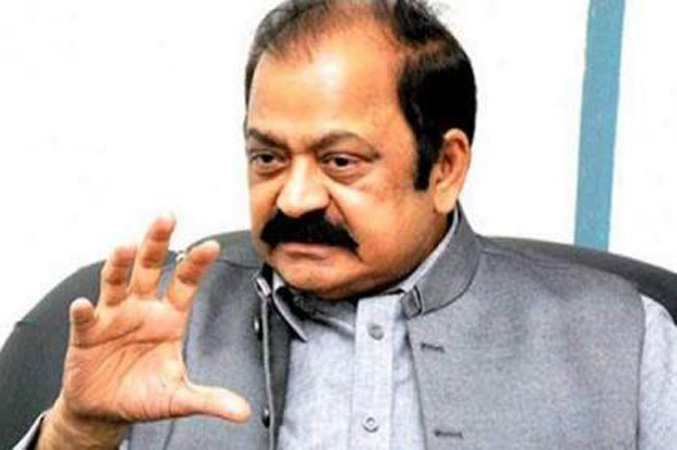 Minister for Interior Rana Sanaullah Tuesday said the federal cabinet had constituted a sub-committee to uncover the mystery of out-of-court settlement made in a case of over Rs50 billion laundering by the previous government, as there was no clue who had signed this agreement. Briefing the media persons in Islamabad after the cabinet meeting along with Minister for Information and Broadcasting Maryam Aurangzeb, Minister of State for Petroleum Musadiq Malik, Minister for Communication Asad Mahmood and Advisor to PM on Kashmir Affairs Qamar Zaman Kaira, he said the committee would thoroughly investigate the matter and the findings would be followed accordingly. He said the then so called ‘Sadiq’ and ‘Ameen’ Prime Minister Imran Khan took approval of an agreement on December 3, 2019 without allowing the members to read it although some of them sought clarification. The issue was also widely reported and highlighted in the media, he added. He said the National Crime Agency of United Kingdom confiscated over Rs50 billion of Bahria Town which had been transferred against the law. Under the UK law, it was the property of State of Pakistan, he added. However, the minister said former SAPM Mirza Shahzad Akbar acted as a ‘broker’ for the former premier. “Imran Khan’s corruption czar Mirza Shahzad Akbar settled Rs50 billion and got Rs5 billion commission which was tantamount to looting the public money,” he said. Sanaullah said the PTI former government led by the so-called ‘Mr Clean’ settled the said huge amount as liability against Bahria Town. The former government provided a big relief to the Bahria Town by taking its due share, he added.

Similarly, the minister said 240 kanal land was transferred in the name of Farah Shahzadi, wife of Ahsan Iqbal Jameel, in Banigala. Farah Shahzadi did not escape because of taking diamond rings rather she ran away to escape questioning on illegal transfer of 240 kanals land in Banigala. Sanaullah said there was no university at the site rather Bahria Town organized all functions held there during visits of Imran Khan. He said Imran Khan received his due share in all such matters and it was a direct plundering of public money. Senator Musadik Malik said the plundered money that was caught in the United Kingdom should have been returned to the national exchequer but it was gifted to the one who actually was fined.

He said the money was caught under the Economic Crimes Act and according to this act, it should be returned to the country it belonged to. He said out-of-court settlement was done at a time when this case was being heard. However, who represented Pakistan in the settlement was still a mystery, he said adding that the country could only be represented by Attorney general for Pakistan or Ministry of Law. No one else can sign any agreement, contract or do any other signature at international level, he maintained. He said, there was no document in the office of Attorney General or Ministry of Law that indicated somebody was given authority to go to England for the settlement.

He said, out-of-court settlement was done and the money that was to be given to government of Pakistan, was deposited in the account of Supreme Court registrar. He said for saving the out-of-court settlement cabinet approval was sought in the matter and resultantly the cabinet was forced to approve something which was hidden in a letter without allowing the members even to read it. He said the letter was given by Special Assistant to Prime Minister Shahzad Akbar to Imran Khan for cabinet approval and according to law no SAPM could bring summary to the cabinet.

He said there was no evidence available in the ministries of interior, finance and foreign affairs and the attorney general’s office as to who gave clearance to it. Minister for Communication Asad Mahmood said that Imran Khan used religion and slogan of corruption as a tool for coming into power besides personal gains. The former government committed record corruption during its three and half years tenure, he added. He said Imran Khan came into to power through some agenda and time has proved our party claim. He said the government gave a balanced budget in current circumstance in mere two months time. To a question, the interior minister said fake and political motivated cases were registered against our leadership by the past government. Not a single case of corruption could not proved, he added.