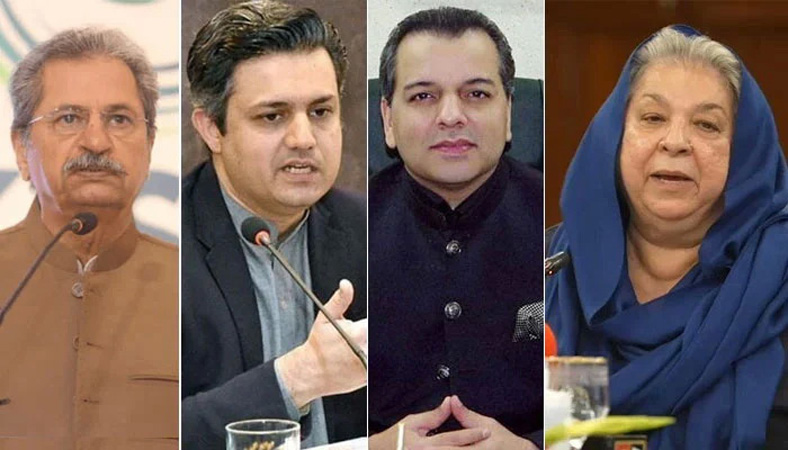 An anti-terrorism court (ATC) in Lahore on Friday accepted the interim bail pleas of 13 PTI leaders, including former federal ministers Hammad Azhar, Shafqat Mahmood and Yasmin Rashid in a case pertaining to alleged vandalism and damage of property during the party’s long march.

Later, the PTI leaders whose warrants had been issued reached out to the court for interim bails. Accepting their pleas, the court directed each of the petitioners to submit Rs100,000 as the surety against bails. Speaking to the media outside the court, former energy minister Hammad Azhar said that the incumbent government is trying to register a case against those who tried to protest peacefully. He said that Interior Minister Rana Sanaullah and Maryam Nawaz want to make this country a “police fascist state” so that no one could raise a finger against their lust for power and money. “A criminal [lady] issues directives from PM House to include sections pertaining to terrorism. I ask where is the law and Constitution?” he said. The minister warned that the country would become a “police fascist state” if the law and Constitution don’t raise their voice today. He went on to criticise the government, saying that they ruined the economy of this country. “The witnesses and investigation officers in the corruption cases against PML-N leader were either murdered or they passed away but it will be decided soon.” Attention cannot be diverted from all these things by imposing terrorism charges against PTI leaders, he added. “All these people standing with me are respectable citizens of society. They are not terrorists,” he said. However, those who are sitting in the government are not only terrorists, but economic murderers of this country, he added.