Sara Ali Khan reveals she wants to learn from Kareena

* For the uninitiated, Sara shares a healthy equation with Kareena and has been all praises for her 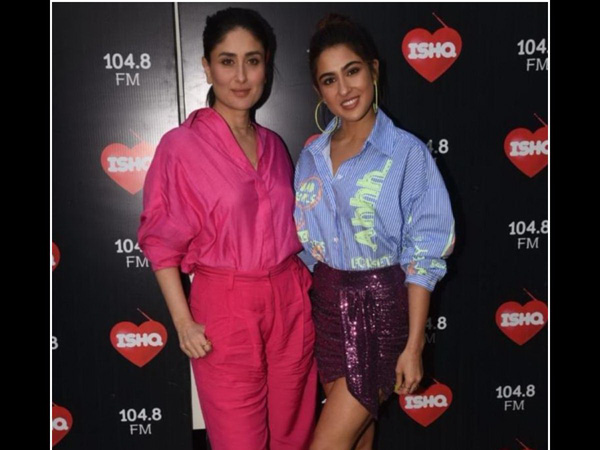 Sara Ali Khan is one of the most talked about actresses in Bollywood ever since she made her big Bollywood debut in 2018.

For the uninitiated, the Pataudi princess had made her debut with Abhishek Kapoor’s Kedarnath and went on win hearts with her flawless beauty and acting skills. Ever since then, there has been no looking back for Sara as she has been a part of popular movies like Simmba, Atrangi Re, etc. In fact, Sara even grabs the eyeballs for her personal life and her relationship with Saif Ali Khan and his wife Kareena Kapoor Khan.

For the uninitiated, Sara shares a healthy equation with Kareena and has been all praises for her. The Love Aaj Kal star also stated that she has been a huge fan of Kareena Kapoor and loves her performance as Poo from the 2001 release Kabhi Khushi Kabhie Gham. Interestingly, we have got our hands on one of Sara’s interviews wherein she spoke about one thing she wants to learn from Begum of Pataudi. Talking about Kareena during the trailer launch of Kedarnath, Sara said, “Kareena Kapoor Khan is amazing in the way she works and is extremely professional. If there is anything, I would like to learn from her is professionalism. I would like to imbibe her professionalism in me.”

On the work front, Sara had shared the screen with Akshay Kumar and Dhanush for the first time in Aanand L Rai’s Atrangi Re. She had recently wrapped the shooting of Laxman Utekar’s yet to be titled next with Vicky Kaushal. The movie marks Sara’s first collaboration with the Uri: The Surgical Strike actor ad she has been all praises for him. Talking to ETimes, she said, “He’s such a talented guy and he’s so easy going that working with him is a lot of fun”. Besides, Sara has also collaborated with Vikrant Massey for the first time for Gaslight.