Pre-monsoon rains to start from next week 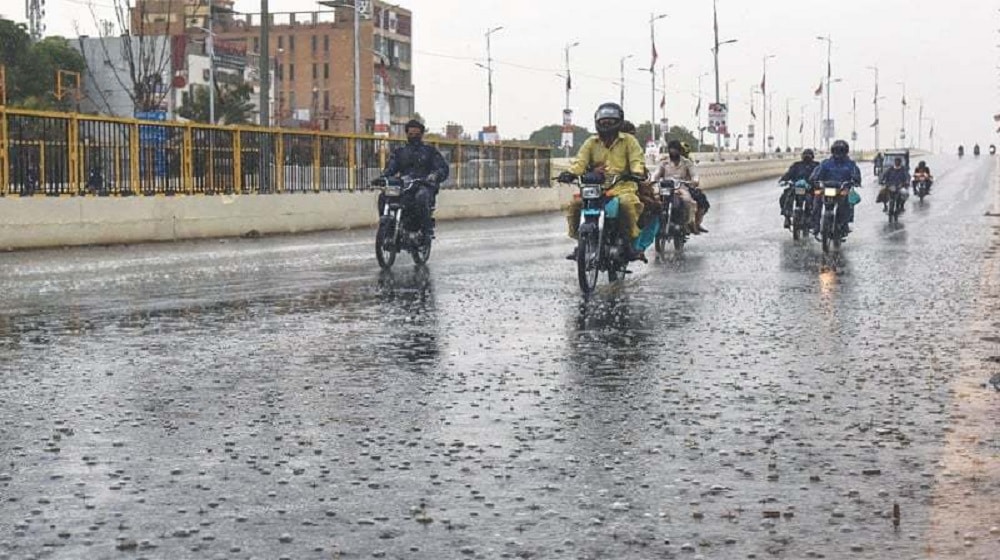 The majority of the plains will be extremely hot and dry, with gusty winds and rain expected in central/southern Punjab and lower Khyber Pakhtunkhwa.

In the afternoon/evening, the rain was predicted for upper Khyber Pakhtunkhwa, Kashmir, and Gilgit Baltistan. A dust-thunderstorm/rainstorm is expected in Islamabad and the Pothohar region this evening.

The monsoon season in Pakistan is expected to begin in the last week of June, with above-average rains possible. Heavy rains can cause flash flooding in hilly areas and urban flooding in flat areas.

The second week of June could see the start of a pre-monsoon rainy spell.

According to Indian media reports, the monsoon usually covers large parts of Maharashtra, Telangana, and Andhra Pradesh by June 10, but this year it has so far covered most of Tamil Nadu, Kerala, and south interior Karnataka, as well as almost all of northeast India.

The monsoon has been delayed by nearly 5-7 days and is currently in a weak mode in India.

Since March, both countries have experienced prolonged heatwaves, dry spells, and extreme temperatures.

The Pakistan Meteorological Department predicts pre-monsoon rains in the twin cities of Islamabad and Rawalpindi beginning next week, lowering temperatures and providing relief to residents from the region’s recent heatwave.

The weather remained hot and dry in most parts of the country on Wednesday, but light rain fell in Gupis and Kalam.

Rainfall (mm): Gupis 01 in Gilgit-Baltistan and Kalam 01 in Khyber Pakhtunkhwa.