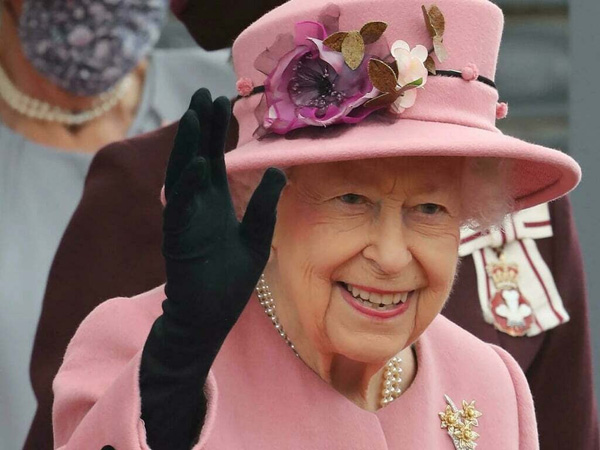 Queen Elizabeth II has been on the throne for 70 years and this week, celebrations were held to mark here record-breaking reign.

Pakistan also joined the celebrations with a military contingent participating in a pageant held on Sunday.

The Platinum Jubilee celebration, which started on Thursday, lasted four days. The events began with Trooping the Colour, a military parade featuring 1,400 soldiers, 200 horses and 400 musicians.

It was followed by a service of thanksgiving on Friday, a concert and a light show outside Buckingham Palace on Saturday and a star-studded procession named “Diamond Jubilee Pageant” on Sunday. During the Pageant, troops from Commonwealth countries took part in a military parade. Pakistan was represented by a contingent of the President’s Bodyguards. Dressed in their traditional red and white uniform, 12 members of the contingent marched down The Mall in England’s capital London.

In an official message, Pakistan High Commissioner Moazzam Khan said that Pakistan joins UK and peoples of the Commonwealth in celebrating the Platinum Jubilee of her majesty’s glorious reign.

“Her reassuring presence and dignified leadership has been a source of comfort and hope for millions around the world in the face of unprecedented change,” he said in the message. “We pray for her long life, health and happiness, and under her benevolent rule, for the continued prosperity of the fraternal people of the UK,” he said.

The Pakistani contingent was joined by personnel from Canada, New Zealand, Ghana, Lesotho, Belize, Jamaica, Malaysia, Tanzania, Seychelles and Sri Lanka. Sunday’s £15-million “Platinum Jubilee Pageant”, featuring some 10,000 people, began with a parade of armed forces from the UK and the Commonwealth she heads.

The queen’s hologram was projected onto the sovereign’s 260-year-old Gold State Coach that led the celebration of her record-breaking reign.

Some 6,000 disabled and non-disabled performers from street theatre, carnival and puppetry joined in to celebrate the queen’s life and reign.

Highlights included an aerial artist suspended under a vast helium balloon, known as a heliosphere, bearing the sovereign’s image.

The carnival included a giant oak tree flanked with maypole dancers, a huge moving wedding cake, bhangra drummers, steel bands, plus African-Caribbean carnival animals and a towering dancing dragon. In the royal box, Charles kept his four-year-old grandson Prince Louis entertained, bouncing him on his knees to the rhythm of the music.

Singer-songwriter Ed Sheeran wrapped up the pageant with a rendition of his 2017 hit “Perfect” and the national anthem “God Save the Queen”. Elsewhere across the country, more than 10 million people are estimated to have braved overcast skies to share food with friends, family and neighbours to mark the occasion.