In suspense with Heleen Kist

* Following is an interview with writer Heleen Kist about her journey as a published author, her debut book, her upcoming novel and her hometown 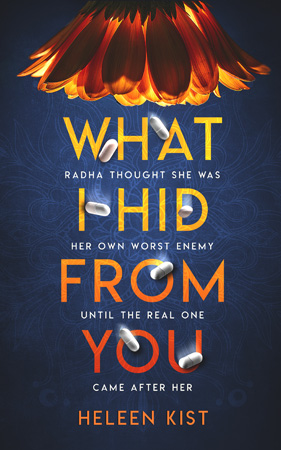 First of all, thank you so much for doing this interview. To kick things off, what got you into writing in the first place? Is a career in consulting conducive for writing?

There are many parallels between strategy consulting and writing fiction. You have to make the story compelling, logical and believable – where it be a CEO sharing a new direction for a company or suspense novel. And I’ve always liked the problem solving element of plotting, much as you have to problem solve for corporates. But this was not what got me into writing. Honestly, I saw people I knew had done it, so I gave it a go, never expecting to publish more than 1 book.

Your debut novel in Servitude went on to win the silver medal at Independent Publisher Book Awards. They say that an author’s debut novel is the most difficult one to pen down. Do you agree?

In my case it wasn’t, as I had very low expectations for it. I thought my mother might buy it and some friends. But once the reader response was so positive and it got multiple awards, the pressure was on to produce a good second book – and that’s when I needed to actually learn the craft.

You’re very well known for Stay Mad, Sweetheart which was published to much critical acclaim by Red Dog Press. Can you tell us a little about this timely novel and why you wrote it?

Having suffered my share of unwanted attention, I was very pleased to see the #MeToo movement in full force. Books with that theme invariably seemed to have a big, obvious baddie and to me, didn’t reflect the breadth of what the movement was about. It’s very easy for a man to say “but I’m not a rapist” and consider themselves an ally. But everyday sexism and discrimination is endemic – and the boundaries differ from person to person. With ‘Stay Mad, Sweetheart’ I set out to highlight the grey areas of consent, the grey areas of workplace discrimination and of harassment with the intention to trigger discussions. I’m pleased to say it worked and I’ve had many male readers come back and say it’s made them really think about their own attitudes and how they can recognise and call out bad behaviour.

This year sees the release of What I Hid from You. Would you like to elaborate a little on what readers can expect from this particular novel? How is it different from your other novels?

“What I Hid from You” takes us back to the leafy Pollokshields area of Glasgow; in fact, it takes place next door to in Servitude. It is similar to that book in the sense that it is about a middle class woman who accidentally falls into the clutches of Glasgow’s underworld. But the real story here is about the pressures faced by a forty-four-year-old sandwich generation working woman trying to juggle it all, sadly becoming addicted to anti-anxiety medication in the process. It’s a cautionary tale for women to learn to ask for help and to not think they need to be perfect everywhere.

Are you a planner or a pantser?

My author friends joke that I am the most extreme planner they know. Usually, I will craft a full outline which is about a sixth of the length of the book before even writing the first chapter. It’s so I can build the pace I need, make sure I have enough twists or reveals, and plant all the little clues along the way. The downside is that once I have the outline, the writing can be a bit more boring, because you know what happens. But the upside is there is almost no developmental editing required.

How important do you think networking is in publishing? Do you believe in building connections in an industry that is accused of being polarised and slow moving?

As in any industry, it helps if you know people, but equally, I’ve been rejected multiple times by a publisher I have a very good relationship with. It can be entirely objective: you’ve brought the right story to the right person at the right time. I do tend to go to events and much of that is to do with the many friendships I’ve made with authors. Particularly crime writers are super nice and fun.

You’re based in Scotland. How has the place influenced your writing?

Very much so. When I moved from Edinburgh to Glasgow eight years ago, I was very aware of the grittier, darker reputation of this city. And it’s that which got me thinking: how easy would it be for me to get accidentally embroiled in the underworld here? I’m pleased to say that nothing bad has happened to me personally yet.

What is next for Heleen Kist?

I’ve written a locked room murder mystery, set in the gym of a modern apartment complex in Edinburgh. It’s darkly funny with a big, knowing wink to the Golden Era of the genre.

Any advice for aspiring authors?

Really examine the reasons why you write and/or want to be published. It will not only help you make decisions along the way – like whether or not to try to find an agent – but as your goals keep moving when you’re on this journey, it will remind you why you’re here at all.

And now for a rapid fire round:

I tend to forget to eat

What is the one thing you dream of as a writer?

I’ve learnt this industry is hard, so I try not to dream big. I’ve had readers approach me to ask when my next book is out and to me, that’s success

Glasgow or Edinburgh? In the grand scheme they’re not that different so it’s down to the little things: Glasgow is safer to ride your bicycle; Edinburgh has nicer tap water.

When are you going to visit Pakistan? When it’s not so hot! Like chocolate, I start to melt at 32 degrees.

What I Hid from You is out on June 23 from Pollock Glen Publishing and will be available in Format B paperback and ebook from all major retailers.

The writer is a graduate of the University of Western Ontario and Durham University. He has studied Creative Writing from Oxford University, Writer’s Bureau UK and Bishopsgate Institute London. He can be reached at k_awais2003@hotmail.com and Tweets at @AwaisKhanAuthor