Freedom Network, an independent Pakistani civil and media liberties monitor, recently released its annual report, ‘Growing Sounds of Silence — The Year of Censorship’, elucidating on the dramatic rise of severe restrictions imposed on journalists and media houses, suppressing dissent and freedom of expression in 2015. It stated that the number of journalists and media assistants killed in 2014 was 14, and led to Pakistan being named the most dangerous country in the world for journalists, but this number has gone down to seven in 2015. This is nevertheless a grim statistic and the apparent decrease is explained more by the fact that the media has been effectively silenced rather than being a reflection of a relatively safer environment. Those killed include four journalists, two media assistants as well as prominent media activist Sabeen Mahmud. In addition, 10 media personnel were attacked and injured this year, and nine were kidnapped from their homes or workplaces. Most of those abducted and later freed were tribal journalists, and in all these cases the army and paramilitary forces, such as Sindh Rangers and Frontier Corps, were involved. Despite the reduced number, the public sphere has become imbued with an ominous silence, most seriously emanating from the self-censorship that the media has been forced to adopt to survive. Measures have been taken to ensure compliance, including an additional clause to broadcasters’ licences disallowing airing content containing any ‘aspersions against the judiciary or armed forces’. A delay mechanism has been applied to live broadcasting for enforcement of such restrictions. Moreover, the electronic and print media both have had to toe the ‘official’ line, operating on the basis of ‘press advice’ from the Pakistan Electronic Media Regulatory Authority (PEMRA) and the Press Council of Pakistan (PCP). This ‘new’ practice recently included subduing of criticism against Saudi Arabia. The report also stated that during 2015, important steps were taken to counter crimes against the media, including the arrests of the murderers of Sabeen Mahmud and Wali Khan Babar.

While the civil and military leadership boasts of tireless devotion to the cause of promoting democracy day and night, it has proceeded with a tyrannical regime of inaudibly silencing all opposing voices. After the onerous struggle to overcome the draconian censorship that had engulfed the public discourse for decades, Pakistan had only in recent years begun to breathe a sigh of relief when another round of dilapidating blows have been struck against freedom of speech. The very questions with their unadulterated veracity that sting those in power, are the ones most needed for a thriving democratic system. Unless these questions are raised, crucial debates will not be triggered, and consequent conclusions imperative for betterment will never be reached. Historically and currently, a free press remains a necessary condition for the success of any democratic state and society. This style of governance needs to be revisited, because if hijacking the nation’s liberties does not backfire, the denial that this self-aggrandising narrative has pushed the leadership into certainly will. * 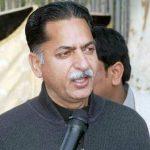 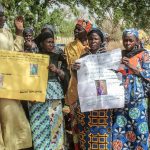 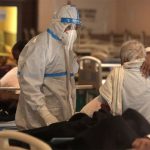 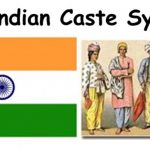