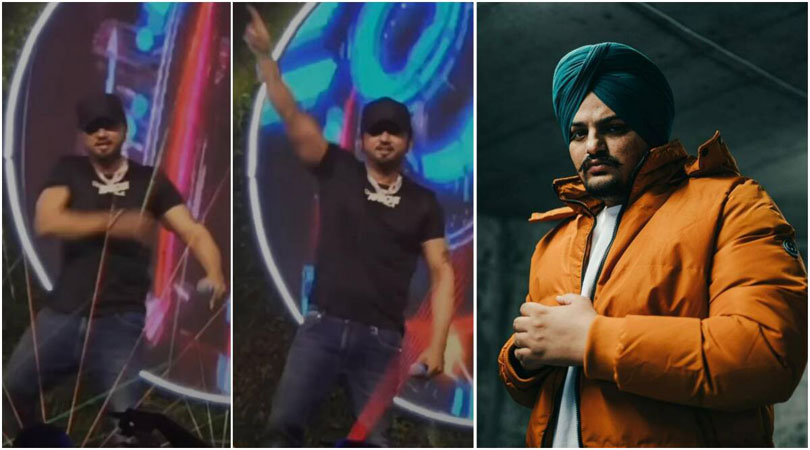 Paying tribute to Sidhu Moosewala, Yo Yo Honey Singh did the late singer’s signature step at an event in Mumbai.

It’s been more than a week since Punjabi singer Sidhu Moosewala was shot dead in Punjab. As the fraternity and his fans try to come to terms with the loss, rapper Yo Yo Honey Singh in a sweet gesture paid tribute to the late singer at an event in Mumbai on Sunday.

In a video, shared on a paparazzo’s account, Honey Singh is seen on stage, with Moosewala’s song “Uchiyan ne gallan tere yaar diya” playing in the background. Enacting the late singer’s signature thappi step, the rapper also slaps his thighs before putting his hand in the air, leaving the crowd cheering for him. Fans were touched by Honey Singh’s gesture and remembered Sidhu Moosewala. A fan wrote, “He’ll always be remembered,” while another added, “Legend never die?? .” Singh’s fans were also excited to see him back on stage, as a social media user wrote, “Good to see honey singh back in action.” The “Blue eyes” singer was earlier spotted at IIFA 2022 in Abu Dhabi.