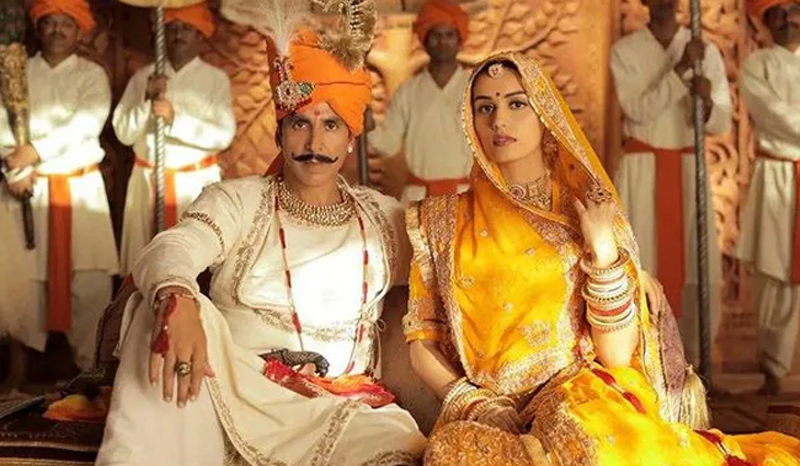 The handsome king who galloped away with his bride, her knight in shining armour, has an ancient Indian context: Prithviraj Chauhan, the early 12th-century ruler of Ajmer, claimed Rajkumari Sanyogita as his own, after she lost her heart to him. Details of this love story are recorded in ‘Prithivaj Raso’, penned by Chand Bardai, said to be Prithviraj’s court poet. Not only was the fair princess rescued from the wrath of her father, the traitor Jaichand; the might of the Mughals was kept at bay till his last breath, so valorous was Prithviraj.

This is a beloved legend most Indians will remember vividly from their childhood. But there never has been a better time to make a movie out of it: muscular nationalism is at its peak, and at every turn, we are being reminded of the cruelties of the Mughal invaders, who ‘trampled upon our temples and turned them into mosques’. ‘Samrat Prithviraj’, in which Akshay Kumar plays the titular character, loses no time to tell us that he was the ‘last Hindu king’: after him came centuries of oppression which came to an end only after India attained independence in 1947. 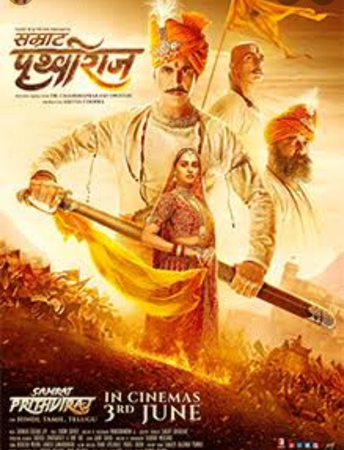 What Chandraprakash Dwivedi has done is to soup up the legend so that it is in synch with the dominant national mood: Prithviraj is representative of a Bharat when it was pristine, pure, unpolluted. How did a director who has also made the astonishingly subversive ‘Mohalla Assi’ achieve this switcheroo? (Dwivedi has been on record to say that this is his passion project, and he has been trying to get it off the ground for a decade and more). Or is it just a question of being expedient?

Dwivedi is also a filmmaker who knows how to dramatise situations. The two-and-a-half hours run-time of ‘Samrat Prithviraj’ is all high-pitched drama, row upon row of costumery in place, massive scale filling up the screen. Mohammad Ghori (Manav Vij) is the chief antagonist, and while he is not shown to be as much of an out-and-out monster as Ranveer Singh’s Alauddin Khilji in ‘Padmavat’, he gets to narrow his eyes and hit a man when he is down, as befits those dastardly invaders.

The question is: given the kind of film it is, does it work? A Roman-arena like space, with a grievously wounded Prithviraj fighting off four-legged and two-legged beasts is a show-stopper which tops and tails the film: in between are few other effective moments, especially the one in which the ‘dilwala’ takes his ‘dulhaniya’ away.

But at no point is the plot or any character given significant breathing space, so intent is it upon glorifying its subject: Chand Bardai (Sonu Sood) has more ardour in his gaze than Prithviraj’s lady love (Manasi Chhillar, who comes off more contemporary than period, and leaves little impact). Sanjay Dutt’s Kaka Kanha whose undying faithfulness to Prithviraj is tested more than once, does double duty of a court jester and an affectionate uncle: how do you do a mainstream film without a comic figure? And then there is Ashutosh Rana as Jaichand, whose name has long been synonymous with being a traitor, and Sakshi Tanwar as his voluble wife, who carry their scenes, but are given softer treatment than they deserve, because, hey, we know who the real bad guys here are.

Not only does Prithviraj’s bravery makes him a combination of Bhishma and Bheem (in the words of the always-adoring Bardai), he is made into an early feminist, spouting inadvertently funny lines in support of women generally, and specifically his Sanyogita, whom he encourages to share his throne and listen to the people. Did anyone else feel a dissonance when these same sword-wielding ‘veeranganas’ jump to their death, committing ‘jauhar’? That leaves Akshay doing his thing: cleaving through ‘dushman fauj’ (enemy soldiers), twirling in the song-and-dance, fighting off the inexorable advance of the treacherous outsiders.

As befits its simplistic, shorn-of-nuance tone, the film is loud and lurid, lurching between dialogue-baazi and blandness, and staying determinedly faithful to its stated intent.