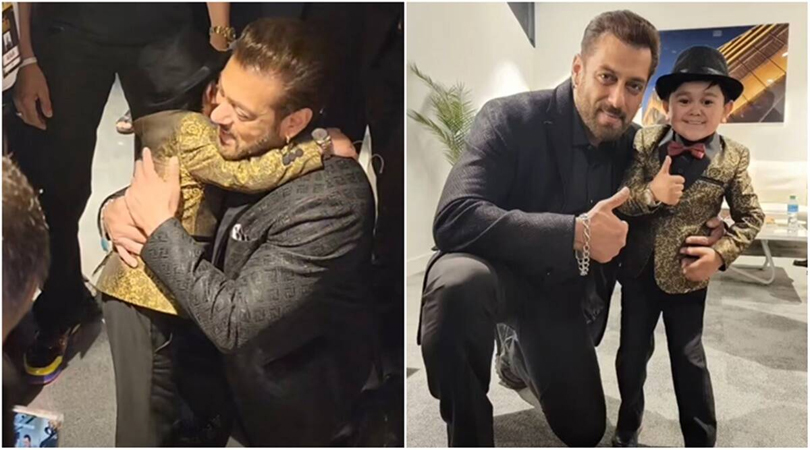 Tajikistan-based singer Abdu Rozik had a dreamy end to his IIFA 2022 tour. The 18-year-old artiste met Bollywood superstar Salman Khan, who hosted the award night on Saturday. Abdu, who is a popular social media personality, was seen striking a pose with Salman for the paparazzi. He also sang “Ek Ladki Ko Dekha Toh Aisa Laga” song for Salman.

In a video, which he shared on his social media account, Abdu was seen performing for the paps. As soon as he ended the song, he received a warm hug from Salman Khan. Sharing the video, Abdu mentioned how meeting Salman was like meeting a close friend. “Jab Salman ko dekha to esa laga jese apna koyee…(While meeting Salman, I felt like I was meeting a close friend),” he wrote.

As soon as he shared the video, Salman fans showered Abdu with love. “You are so lucky,” a fan wrote, while another praised Abdu’s singing, “Your singing skills are on another level.”

Abdu also met Bollywood singer-rapper Yo Yo Honey Singh. He posted a video on his Instagram account in which Honey Singh announced that Abdu will be coming to India on June 8.

“My brother Abdu Rozik is coming to India. India, do not miss it. He is going to be there in Mumbai, Delhi, Chennai and all over,” Honey Singh is heard saying in the video.