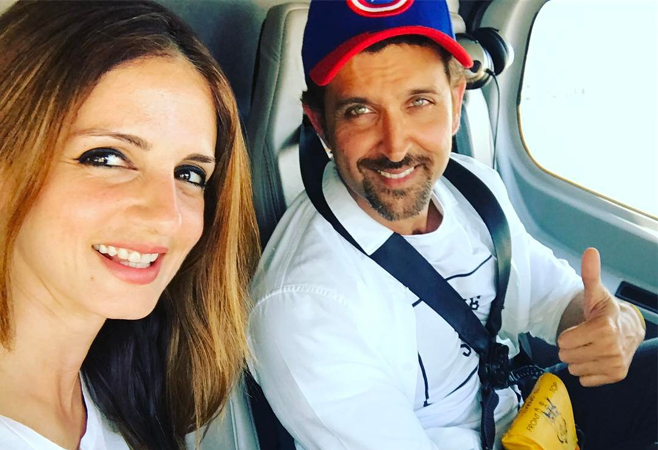 Bollywood star Hrithik Roshan cheered his ex-wife Sussanne Khan for her new venture, on social media. Bollywood’s A-list actor Hrithik Roshan took to his Instagram handle, Thursday, to cheer his ex-wife, Sussanne Khan on her latest gig. Khan, who is a designer by profession, shared a slideshow of pictures from a collaboration event, on social media to acknowledge her clique.

“Energy never lies…. surround yourself with people who have good radiant energy and watch your world light up…” read the caption of the short clip on the photo and video sharing application, which spotted Khan with her ex-husband Roshan, as well as boyfriend Arsalan Goni.

Reacting to the Instagram post, Roshan commented: “Huge congratulations Sussanne this was amazing.” Later he also shared the clip to his stories, branding his former spouse as a ‘superstar’.

“So so proud of Sussanne! You are a superstar,” he wrote.

It is pertinent to mention that the estranged couple parted ways in 2014, after being married for nearly over 13 years. The two are co-parenting their two sons after the divorce and have always remained cordial towards each other.

Hrithik and Sussanne are often spotted supporting respective other on social media.

Sussanne made her relationship official with beau Arsalan Goni in December last year, while Hrithik is rumoured to be dating Saba Azad. No statement has been given by either him or his new girlfriend, however, they often make it to pap’s cameras during dinner dates, family gatherings, and even Bollywood parties.