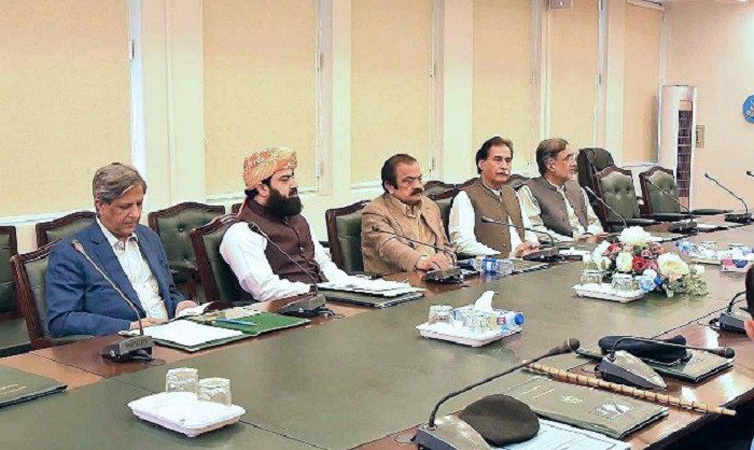 Key federal government officials deliberated over going ahead with filing treason charges against PTI Chairman Imran Khan and the chief ministers of Khyber Pakhtunkhwa and Gilgit-Baltistan over PTI’s May 25 ‘Azadi March’ during a special committee meeting of the cabinet, a private TV channel reported on Friday.

During the meeting, the interior minister, interior secretary and IG Islamabad briefed the participants on PTI’s ‘Azadi March’ held on May 25.

The participants deliberated over filing a case under the charges of sedition against former prime minister Imran Khan and the chief ministers of Khyber Pakhtunkhwa, Mahmood Khan, and Gilgit-Baltistan, Khalid Khursheed, the statement read. “However, the committee postponed the meeting to deliberate over the matter further till June 6 to present its final recommendations before the federal cabinet,” the statement read.

During the meeting, Sanaullah urged the committee to recommend the federal cabinet file a treason case against Imran Khan. “PTI’s long march was a fitna and fasad March, instead of ‘Azadi March’ as it was an armed uprising on the capital. Therefore, I urged the committee to recommend filing a treason case under section 124(A) of the CrPC [Code of Criminal Procedure] against Imran Khan and chief ministers of KP and GB,” he said.

While briefing the committee, the interior minister said a plan was made to siege and invade the capital with an armed force on May 25.

“With planning, around 2,500 miscreants were already sent to Islamabad and they tried to capture D-Chowk before the arrival of Imran Khan,” he said.

Sanaullah further said Imran Khan had violated the Supreme Court’s order and asked workers to reach D-chowk. The interior minister told the committee that a group of armed people not only attacked police, Rangers and FC personnel, but also set trees and a metro station on fire.

Subsequently, the committee adjourned the meeting till Monday (June 6) for further consultations to make final recommendations to the federal cabinet.

On May 31, Prime Minister Shehbaz Sharif formed a committee to probe into the alleged claims made by PTI leaders that they were involved in incitement to violence and also carried weapons in the party’s long march. The premier, while chairing a federal cabinet meeting, assigned the newly formed body the task of coming up with a plan to put a halt to these “anti-state” activities.