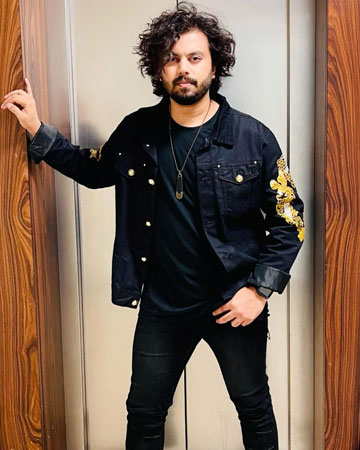 The ‘Jhoota Pyar’ star smashed the records as he earned the trophy and contested against 40 different nations in the IC Star competition. Jibran’s mesmerizing and soulful voice has won appreciation not only in Pakistan but also beyond borders.

While taking to Instagram, the talented vocalist shared the happy news with everyone along with a clip of his outstanding performance.

“I am so happy to Announce my Win in #icstar ALHUMDULILLAH feeling so blessed that I got this opportunity to Represent my country Pakistan on a Global Platform,” Raheel wrote.

As soon as the incredible news spread like wildfire, a number of fellow musicians, celebrities, and fans acknowledged Raheel on the huge milestone he had achieved.

Moreover, Jibran Raheel is a young and brilliant Pakistani singer and songwriter, who started his debut with the song ‘Jhoota Pyar’ in 2018. Jibran has performed in various music shows not only in Pakistan but also in UAE. In 2012, he grabbed the best singer award in UAE from the music maestro A.R. Rahman himself at the ‘Sing like a Star’ contest and performed with him live at Dubai International Stadium.

Afterward, Jibran has also performed with famous music directors including Shankar Ehsan Loy at another concert in Abu Dhabi National Auditorium arranged by City FM 101.6 and grabbed a trophy from Rajesh Roshan for the ‘Andaz-e-Rafi’ competition.

“Like every singer, my journey started from the bathroom to family occasions, to friends’ birthdays and social gatherings,” shares Jibran.

Jibran was introduced to the showbiz industry by actor Tipu Sharif.

“I participated in a few reality shows. In one of them, I met Tipu Sharif who was the host of one of these shows at that time. He was the one who actually forced me to get into the studio and record something,” says Jibran Raheel.