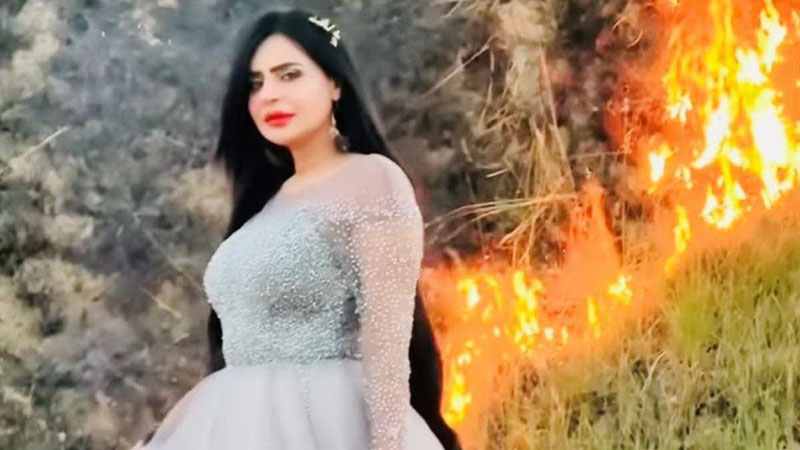 A local court on Friday granted interim bail to a TikToker in connection with the forest fire case. Nosheen Saeed alias Dolly applied for the pre-arrest bail after registration of FIR against her for setting the forest ablaze for making a video.

TikTok is a name that can usually lead to scrunching up when it comes up in a crowded room. So when a TikToker acts in front of an already ruined natural resource set on fire just for likes, it?perplexes?even the followers of the social media platform.

TikToker Nosheen Saeed, famous as Dolly, shared a clip on her social platforms. The video shows Dolly walking happily in a silver ball gown with a burning hillside on Margalla Hills as the background, captioned, “Fire erupts wherever I am.”

As a public figure having more than 11 million followers on the video-focused app, a blow-up was expected, and it did. Her daring act provoked?a public outcry?on multiple social media forums. The discussion began with the damage forest fire causes, mainly its environmental effect during one of the most?intense heatwaves?the country has been going through. A conversation began about the “hunger for fame and likes” ruining the “future generation.”

As a result, celebrities, including model Mathira and actors Ahmed Ali Butt and Mariyam Nafees, criticized the video. The TikToker herself did not notice any problem with her video. Later, an explanation was released by Dolly said that she did not initiate the fire and there was “no harm in making videos.”

Witnessing such insensible and foolish behavior on anyone’s part while being a part of a world continually reminding its people that we are in a climate catastrophe.? Unfortunately, there is indeed a lack of awareness of where the long-term effects of climate change are concerned; the results are already here.