* Khomeini took influence for revolution from the ideologies of Abul A'la Maududi, an Islamic scholar and Ideologue and Syed Qutb, an expounder of fierce jihad 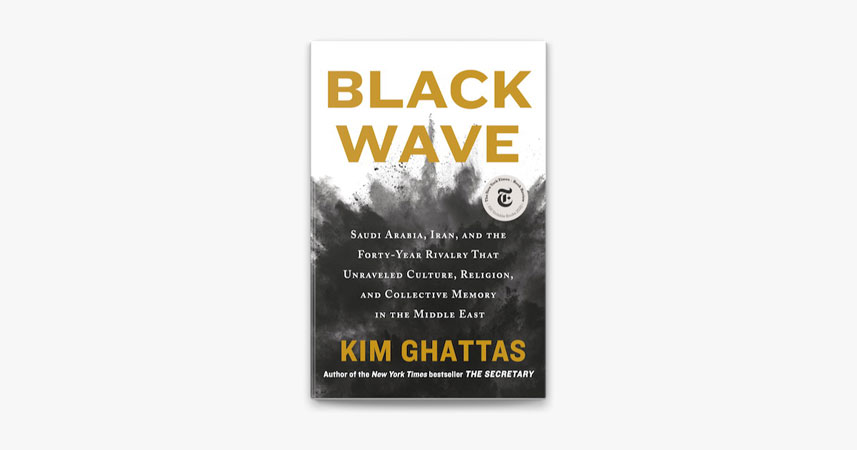 “What happened to us? The question haunts us in the Arab and the Muslim world” jots down Kim Ghattas Dutch-Lebanese based journalist for BBC.

The question has historical prestige as many clerics across the Muslim world state that the conflicts and killings between Sunnis and Shiites are eternal and there is no antidote to sectarian violence. Kim Ghattas points out that the problem of sectarian violence is not ancient but quite recent. “Before it was weaponised in the years following 1979, the Sunni-Shia schism lay mostly dormant” read an excerpt from the Black Wave. It all started with the trends that prompted the events of 1979. She has pointed out three major events that led to unrest and terrorism in the middle east. First, the Iranian revolution was carried out by Ayatollah Ruhollah Khomeini. Khomeini twisted the Iranian revolution from a people’s revolution to a theocratic revolution. The second event is the siege of holy Mecca. Iranian revolution and the siege of Mecca both occurred in the same year 1979. And the third event was the Russian invasion of Afghanistan. All these events led to the political, economic, cultural and social vandalism unleashed upon the middle east because of the race of supremacy between Saudi Arabia and its counterpart Iran.

Khomeini took influence for revolution from the ideologies of Abul A’la Maududi, an Islamic scholar and Ideologue and Syed Qutb, an expounder of fierce jihad. Saudis took the teachings of Muhammad bin Ibn Abd al-Wahab, who was influenced by the teachings of the Hanbali school of thought and believed in the absolute enactment of the Quranic law or Shari’a as their exemplary instructor. Kim Ghattas draws parallels between the Saudi monarch, King Ibn Saud who took control of the Ka’aba in 1926 and today’s Daesh or ISIS. And she proves by drawing parallels that Khomeini’s theocratic Iran is similar to today’s Hezbollah. Both countries, in their race of supremacy, have opened the doors for sectarian killings in the Arab world and beyond. Iran and Saudi Arabia are reflecting themselves in each other in so many ways. Though they’re separated by different ideologies they both want the same thing, the rule over Mecca.

Black Wave also takes the case of a cultural shift under discussion. People may call it the clash of civilisations but the devastation of the Buddhas of Bamyan and Jannat-al-Baqi both are linked. It’s the same black wave that swept everything in its path from Egypt to Pakistan and Saudi Arabia. The killing of Salman Taseer, the governor of Punjab in Pakistan at that time and the killing of Egypt’s president Anwar Sadat are nourished by the same ideologues who supported Hezbollah and Daesh tacitly. Khomeini’s appeal to kill Salman Rushdie, the author of the Satanic Verses in the name of blasphemy steered to another deadly model in the history of the Middle East. People started sending fatwas and announcing their fellow Muslims as apostates because their ways were different from those who believed in themselves as more righteous. So, another war started and kept itself feeding for years to come. Now, sectarian killings were being funded by the world’s so-called democratic powers.

Black Wave also takes the case of a cultural shift under discussion. People may call it the clash of civilisations but the devastation of the Buddhas of Bamyan and Jannat-al-Baqi both are linked

Kim Ghattas’ Black Wave feels like an Orwellian dystopian world yet it’s the engaging story of the Middle East. Black Wave is divided into three parts, each part tells the story of its lamentation over the carcass of a civilisation. The first part examines how revolutions were manipulated and wronged by powerful people. The second part observes how a fire of rage erupted and took the entire Arab world in its flames. It’s the story of two powers using religion in their rivalry as a tool to gain their nasty ambitious ambitions. The third and final part is about vengeance. Both of the still rising powers in their blind hate against each other are making a turn here. Then religious ploy has turned into nationalism and apostate has gained the colour of the traitor in the last decade with the same goal to eliminate the “other”.

Kim Ghattas offers a detailed overview of the position of women in the Middle East. The period of almost 40 years was a period of darkness for all Muslim women. Women were the severe victims of the Islamisation of the Middle East. From Pakistan to Saudi Arabia, after the events of 1979, women were forbidden from appearing on television without a veil. The Cinema industry was put to sleep and the art schools were announced as centres of immodesty. The intellectuals, clerics and politicians who spoke for their rights were quelled with force. There is a reference of an Iranian solider whose death was glorified to suppress women. “I am asking the people, for the sake of the wife of a martyr, a mother of a martyr and a sister of a martyr, to keep their hijabs” said the widower of the solider who was killed in fighting a senseless war against its own people. The Arabisation covered everything including women, as it happened in 1989 in Pakistan and in 1979 in Iran and is still engulfing women’s identity in the name of modesty.

The writer of the book has also written a detailed overview of how both the governments, Saudis and Iranians, used religion to cover their corruption and past bad decisions. Both countries wanted a monopoly over religion. And they both came up with their interpretation of the Holy Book proclaiming that only their way was right, vaporising everything else. Everything is to be observed under the lenses of halal or haram. “Kafir Kafir, Shia Kafir” rallying outcry in Pakistan and then across the Arab world was an outcome of the Islamisation of everything by the rivalling countries, Saudi Arabia and Iran. They used religion even to turn revolutions upside down. Among Muslim nations amid economic despair and geopolitical transitions, religion became a tool to help lift up the governments.

She finalizes the book with a factual portrayal of the murder of Jamal Khashogi inside the Saudi consulate in Turkey. Jamal Khashogi had conducted interviews with Osama bin Laden and had been very close to him during the Soviet-Afghan war. Later, Jamal returned to the Saudi Kingdom and criticised the strategies of Muhammad bin Salman aka MbS. Kim connects the murder of Jamal with the events of 1979. Though the comparison may appear ludicrous and there may seem no connection between the two events, Kim insists that yesterday’s religious ploy has been converted to nationalism.

What happened to us? And why our fathers and elders didn’t do anything to stop it? The book gives a taste of resentment towards the generations that let it happen. Kim Ghattas’ work is brilliant and encompasses over a forty-year vast span of observances. It’s a journey through space and time. Kim Ghattas conducted wide research to collect the data. There is a use of witty statements that makes the text more engaging and riveting and profoundly moving. The start of each chapter gives a lot of allusions to how the Arab world was before 1979 and how it changed gradually.

The writer is a student of Linguistics & Literature at the Bahauddin Zakariya University. He Tweets at @_amor_fatii and can be reached at adnansomra@outlook.com