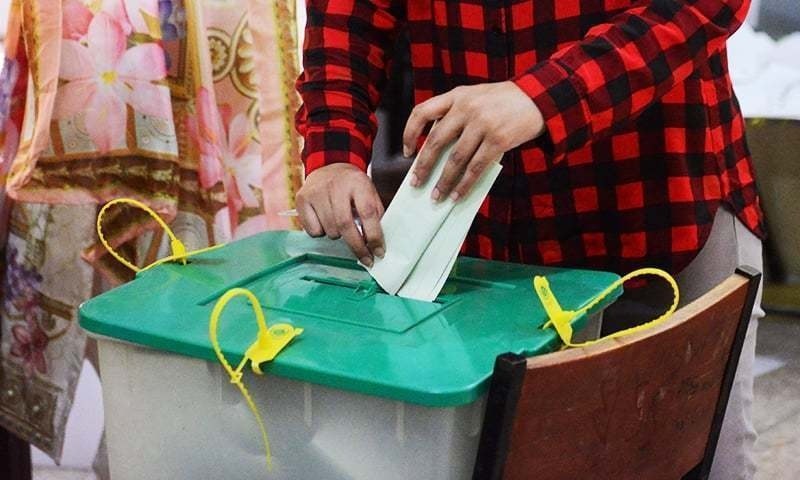 QUETTA: Independent candidates were leading in the Balochistan local government (LG) elections, which were held after nine years on Sunday (May 29) in 32 of the province’s 34 districts.

According to unofficial and unverified results from 24 of the Loralai municipal committee’s 25 wards, BAP was leading in 17 wards, independents in four, and PkMAP and JUI-F were leading on one seat each.

According to unofficial and unverified results from 106 of 157 wards of the Gwadar municipal committee, the Haq Do Movement led in 52, independents in 34, the BNP in 14, the National Party in two, and the JUI-F in one.

According to unofficial results from 34 of Chaman Municipal Corporation’s 35 wards, PkMAP leads with 12 seats, JUI-F with six, ANP with five, and BAP and Oolsi Movement with four each. Three seats were won by independent candidates.

Several districts experienced violence during the voting, and Qalat and Nauskhi were hit by explosions. Authorities, however, foiled terror plots in Kohlu and Chaman. Only a few hours into voting, two groups clashed in Nasirabad Municipal Committee Ward 25. As a result, voting was temporarily halted.

Candidates and polling agents clashed, and several were injured in the shooting and taken to the hospital. Election violence turned deadly in the Qilla Abdullah district, with one person killed in Padag and another injured in Kolak Union Council.

In Sibbi, two groups clashed in Ward-4 of Union Council Mal Chachar, resorting to heavy gunfire that injured at least ten people. At least three of the injured were in critical condition. The Levies were reinforced in the area.

In Loralai, polling agents from rival ANP and BAP clashed over an alleged omission in the voters’ rolls in the Dargai Qilla area.

Polling in Chaman was suspended after political activists clashed in Ward-3 of the Municipal Council Chaman.

Political activists clashed with batons in Wards 7 and 21 of Dera Murad Jamali. At least two people were hurt, including Mahindra Kumar, a candidate for a minority seat. Separately, two ballot paper books were discovered missing at the women’s polling station, forcing the polls to close.

Six voters clashed in Kohlu’s Union Council and attempted to assault polling staff. The voting process was halted because seven people were injured. In Nauskhi, a bomb exploded near the women’s polling station in Ward-4 of the Union Council Mengal. However, no casualties were reported.

Terrorists launched a rocket at Degree College Mangochar, which housed a polling station, and lobbed a hand grenade at another polling station in Dastigard. Balochistan Election Commissioner Fayyaz Murad urged people to vote freely because authorities had ensured strict security measures across the province.

He stated that the districts of Kech, Gwadar, Panjgur, Khuzdar, Awaran, Chaman, and Qilla Abdullah had been declared sensitive. All polling stations had police, levies, and FC personnel on duty. The Election Commission of Pakistan (ECP) had set up 5,226 polling stations, at least 1,974 of which had been designated as sensitive.’ A total of 16,195 candidates ran for seven municipal councils, 838 union councils, and 5,345 rural and 914 urban ward seats. According to the election commission, at least 1,584 candidates have already returned unopposed.

Elections in Quetta and Lasbela were canceled due to a high court order in a case involving objections to new delimitation.

There are 2,006,274 male voters and 1,546,124 female voters among the 3.5 million voters eligible to vote in 32 districts. Since Sunday morning, there has been a great deal of excitement among voters, particularly young people, who have flocked to polling stations to elect their representatives for local government. Voters turned out in large numbers, and a high turnout was expected.