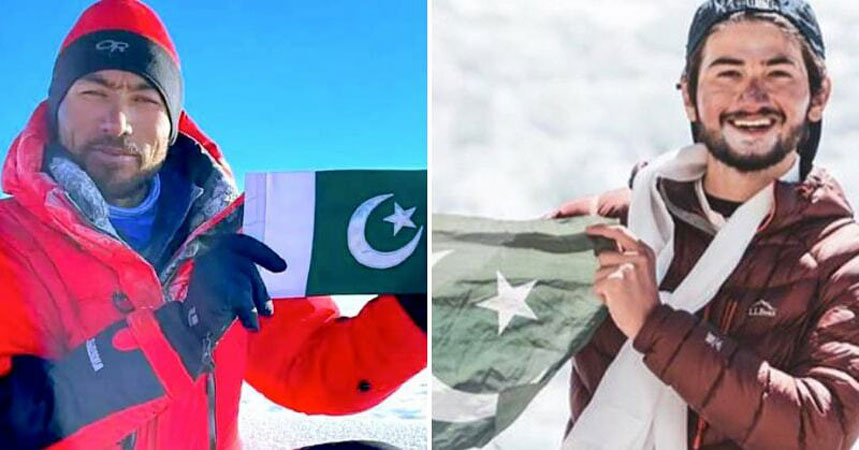 LAHORE: Pakistan mountaineers Shehroze Kashif (Lahore) and Sirbaz Khan (Gilgit-Baltistan) summited Mount Makalu in Nepal, an eight-thousander that is the world’s fifth-highest peak, on Saturday morning. According to Alpine Club of Pakistan Secretary Karrar Haidri, Kashif, 20, reached Makalu’s top, which is at a height of 8,485 metres, at 6:56am (PST). Following this feat, Kashif has become the world’s youngest climber to have scaled five of the tallest mountains. The accomplishment also makes the 20-year-old the youngest Pakistani mountaineer who has scaled three eight-thousanders in 23 days. Known as “broad boy”, the mountaineer has previously summited Mount Everest, K2, Manaslu and Broad Peak.

Sirbaz was behind Kashif by minutes in reaching Makalu’s top and raised the Pakistani flag on the peak at 8am (local time), according to a Facebook post by the Alpine Club of Pakistan. He is now the first Pakistani to have conquered 11 of the world’s 14 eight-thousanders. Sirbaz aims to scale all of the world peaks having a height of over 8,000 metres. Speaking of his latest climb, Sirbaz’s expedition organiser Saad Munawar said the mountaineer completed the ascent in his usual style, without using supplementary oxygen. But, this success would not be celebrated with any extravagance, keeping in view the tragic demise of legendary mountaineer Ali Raza Sadpara a day ago, Munawar added. “We would also like to dedicate this summit to Apo Ali (Ali Raza). All these successes in recent times are possible only due to the hard work and sacrifices of our senior mountaineers. They lit up the small candle of hope when there was nothing but darkness and today that candle has spread light all around,” he said.