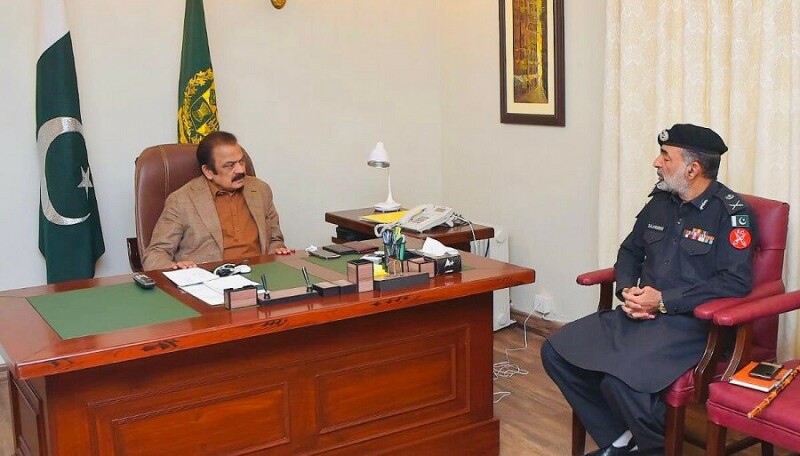 ISLAMABAD: Commandant Frontier Constabulary (FC) Salahuddin Mehsud called on Minister for Interior Minister Rana Sana Ullah Khan here Saturday and the role of FC in maintaining  law and order in the country besides other professional issues came under discussion.

Talks were also held about the deployment of FC in the capital during the PTI’s Long March on May 25, said a statement issued here. The commandant briefed the minister about its working and jurisdiction, it was further said.

Speaking on the occasion, Sana Ullah said the role of FC was very important and commendable in maintaining law and order in the country. The FC also played an effective role in maintaining the of peace merged districts of Khyber Pakhtunkhwa, he said.

He said  the FC officials showed great discipline and patience despite the violence. The minister commended  professionalism of the FC personnel and their commands.  All necessary financial and technical assistance would be provided to the FC to make it an effective force, he added.

The commandant informed that the total strength of FC stood at 28,000. The FC would continue to perform duties under the Interior Ministry for maintaining law and order, he said.