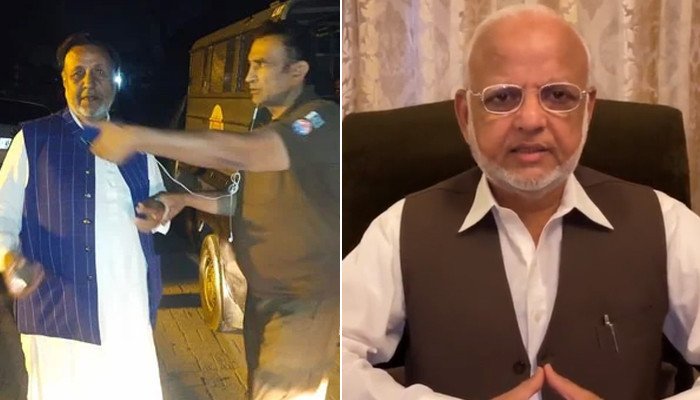 The police continued to raid the homes of PTI leaders and workers as the government decided to halt the PTI’s ‘Azadi March,’ which was set to begin today (May 25).

Despite the government’s ban, ex-prime minister and PTI chairman Imran Khan and other party leaders have vowed to march to Islamabad for the sit-in until new elections are called.

A day earlier, Punjab Police raided the homes of several PTI leaders, including former energy minister Hammad Azhar, Usman Dar, and Babar Awan, and a police constable was also killed during a raid in Lahore.

On Tuesday, police arrested senior PTI leader Mian Mehmood ur Rasheed in a late-night raid under Section 16 of the Public Order Act (MPO).

While condemning the police action, PTI Punjab President Shafqat Mehmood tweeted that the police had raided his home without a search warrant.

“I was not there,” he tweeted, adding, “Do they really think these tactics will intimidate us?”

Later, a PTI spokesperson claimed that Senator Ejaz Chaudhry had also been arrested and taken to an unknown location.

“Over 100 police officers stormed the house where he was staying, breaking the gate, harassing the family, and seizing their phones. This will not dampen our spirits, ” according to a tweet from Ejaz Chaudhry’s account.

In Karachi, police raided the homes of PTI MNAs and arrested party members.

Meanwhile, police have launched an investigation into the PTI Sindh leadership and arrested several workers. To maintain law and order, the PML-N government has decided to halt Imran Khan’s Azadi March in Islamabad.

According to Interior Minister Rana Sanaullah, the federal cabinet has decided not to allow the PTI to continue its long march in order to prevent the spread of “fitna” and “fasad.”

According to the SSP South, arrested PTI workers planned to protest at Teen Talwar.

PTI MNAs Shakoor Shaad and Aftab Jahangir’s homes in Karachi were also raided, but they were not present.

However, police arrested Aftab Jahangir’s nephew and took him to an unknown location.