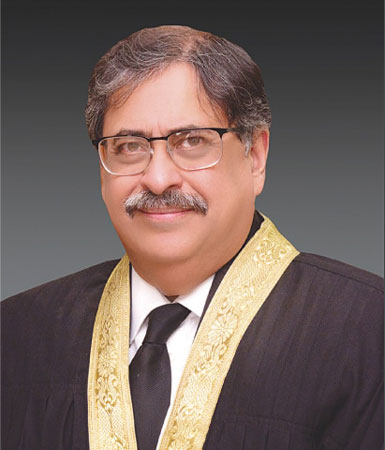 The Islamabad High Court (IHC) Monday sought a report from secretary interior on registration of cases against TV anchors. Chief Justice Athar Minallah, hearing the case, also stopped provision of custody of anchors to other provinces without approval of the court and served notices to secretary interior, IGP and deputy commissioner ICT.

Petitioner’s lawyer Faisal Chaudhry Advocate submitted that more FIRs were being registered against Arshad Sharif in Sindh and Balochistan as well.

The chief justice observed that journalists were being targeted for last three years.

The lawyer said that ten FIRs had been registered against Sami Ibrahim and Imran Riaz Khan. The court said that the things would automatically be corrected when the institutions started working under the law.

The chief justice said that this court could grant only protective bails to the petitioners. On the query of the bench, President Islamabad High Court Journalists Association (IHCJA) Saqib Bashir said that three journalists had been facing serious threats. Same alike cases were registered against Mir Shakil-ur Rahman, he said.

Ali Bokhari Advocate said Arshad Sharif was accused of doing vlog with journalist Matiullah Jan. The court said that it had no powers to decide the case of any other region or district of the country.

Deputy attorney general said there was no such law to transfer the cases of other districts to federal capital. Shoaib Razzaq Advocate said that case should be registered at the same area where the incident was taken place. The court said only the Supreme Court could see the matter of the whole country. The court appointed IHCJA and Pakistan Federal Union of Journalists (PFUJ) as amicus curiae and adjourned the case till May 30, with above instructions.