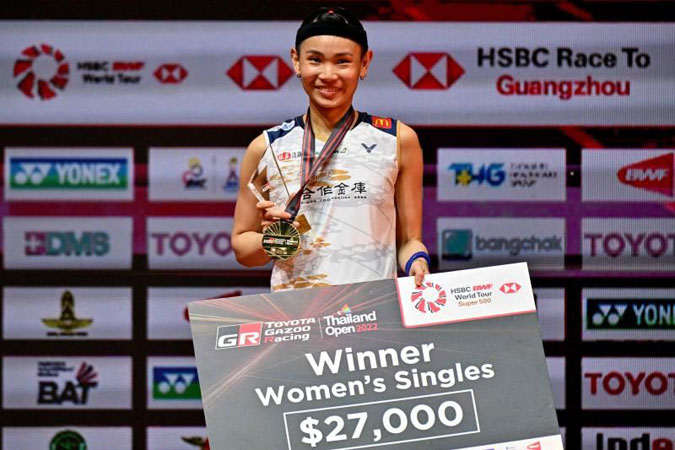 BANGKOK: Badminton’s world number two Tai Tzu-ying exacted revenge against Olympic champion Chen Yufei on Sunday by winning the Thailand Open women’s singles title in a rematch of their final in Tokyo. The Taiwanese 27-year-old, who lost last year’s Thailand Open final to Spain’s Carolina Marin, got off to a fast start against the Chinese world number four and eventually sealed the win 21-15, 17-21, 21-12. She sped into a nine-point lead in the first game but Chen, who was part of a Chinese team narrowly defeated by South Korea in last week’s Uber Cup in Bangkok, clawed her way back to take the second game and force a decider. Tai then quickly opened up a seven-point lead in the final game and rode the momentum to claim victory. In the men’s final, match favourite and world number six Lee Zii Jia survived an unexpected scare at the hands of Chinese rookie Li Shifeng, ranked 49th in the world. A shaky Lee managed to come from behind to win 17-21, 21-11, 23-21 in a match lasting 70 minutes.