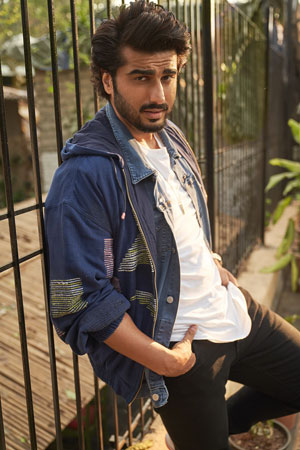 Actor Arjun Kapoor made his Bollywood debut in 2012 with Parineeti Chopra-starrer Ishaqzaade.

In a new interview, Arjun talked about her sister Khushi Kapoor and her cousin, Shanaya Kapoor’s upcoming Bollywood debuts. Khushi will be marking her debut with Zoya Akhtar’s The Archies, while Shanaya will make her debut with Karan Johar’s Bedhadak.

Arjun Kapoor and Anshula Kapoor are Boney Kapoor’s children from his first marriage, to Mona Shourie Kapoor. Sridevi, who died in February 2018, married Boney Kapoor in 1996 and the couple have two daughters-Khushi Kapoor and Janhvi Kapoor. Sanjay Kapoor is Boney’s youngest brother. Shanaya is his daughter.

In an interview with Pinkvilla, when Arjun was asked to give an advice to Shanaya and Khushi. He said, “Suno sabki, lekin karo apni. There was a point when Janhvi was dabbling whether she should do Gunjan Saxena or not for a bit. that’s the same thing I told her, I said eventually it’s not about this is the perfect second film or not, there is no perfect second film.” He added, “I think Janhvi and me are similar in the sense that we talk a lot more about work. Khushi’s just started working, and Shanaya, whenever I’ve got a chance and she has asked me I do tell her listen advising is very easy but you to follow his advice, like Harsh Varrdhan Kapoor has a mind of his own, he is following his heart and I am happy for them. He is cut from a different cloth. You listen to everyone but you do your own.”

Shanaya started her Bollywood career as an assistant director with the film Gunjan Saxena: The Kargil Girl, which was released in 2020. The film starred Shanaya’s cousin Janhvi Kapoor in the lead role. She later appeared briefly on in Netflix’s reality show The Fabulous Lives of Bollywood Wives, which featured her mother Maheep, Seema Khan, Bhavana Pandey and Neelam Kothari. Earlier this year, she announced her Bollywood debut with Karan Johar’s Bedhadak. Arjun was last seen in Bhoot Police, which released on Disney+ Hotstar in September last year. He has Ek Villain Returns in his line-up, in which he co-stars with John Abraham, Tara Sutaria and Disha Patani.