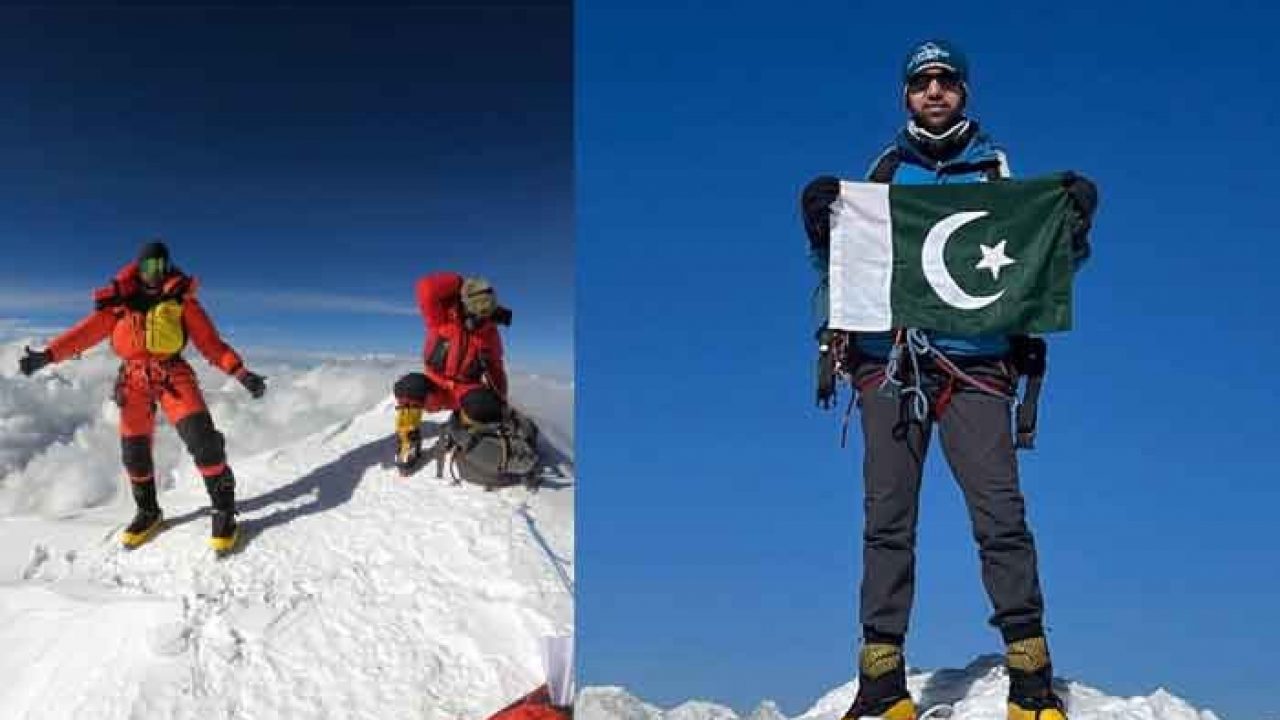 ISLAMABAD: Pakistan’s Shehroze Kashif and Abdul Joshi continued shining in the mountaineering world as on Sunday they made the nation proud once again by ascending peaks Lhotse and Everest, respectively.

He congratulated the nation on Shehroze’s’ feat, pointing out that the 20-year-old climber had already made history when on May 5 he summitted Kanchenjunga (8586m) to inscribe his name in the record books.

Haidri in another messaged about climber Abdul Joshi’s accomplishment said, he had summited Everest.

According to Haidri Joshi, who belongs to Shimshal valley of Hunza in Gilgit-Baltistan was part of a 13-member Everest expedition team, led by Nepalese mountaineer Mingma Gyalje Sherpa (Mingma G) of Imagine Nepal. He has summitted the world’s highest mount today.

Abdul Joshi is the first Pakistani to summit Annapurna, the tenth highest mountain in the world at 8,091m, in 2021. He also led a 12-member Pakistani team to the first-ever summit of Passu cones.

Mount Everest is Earth’s highest mountain above sea level, located in the Mahalangur Himal sub-range of the Himalayas. The China–Nepal border runs across its summit point. Its elevation of 8,848.86 m was most recently [in 2020] established by the Chinese and Nepali authorities.