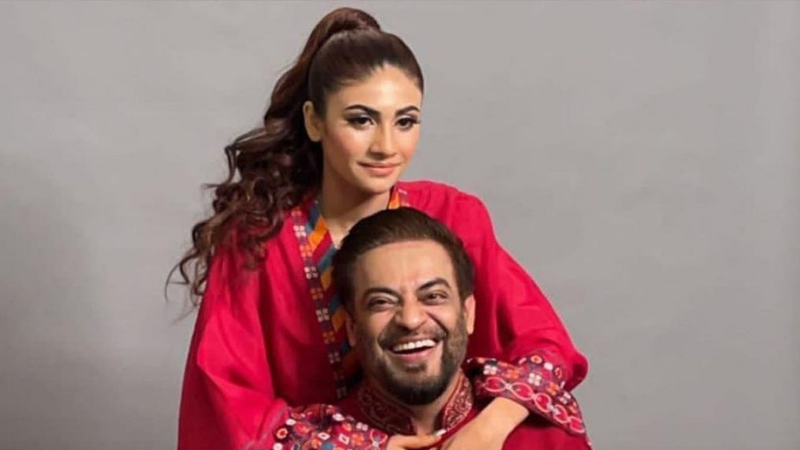 Amir Liaquat, who has been under the scrutiny of netizens for over a week now for his third possible divorce with Dania Malik, has now uploaded irrefutable evidence, as if he has become a spy, to solve the mystery of the video’ shared by her former wife Dania in which she alleged that Amir is an ice drugs addict.

Amir countered that the video Dania shared was fabricated and a complete lie, and that she was unable to provide a satisfactory answer when a host of private television asked her who made these videos.

Amir shared the video clip in which Dania appears to be attempting to ‘avoid’ the simple question of who made the private videos from inside the room that Dania has shared.

Dania Amir, who has changed her surname to Dania Malik, stated, “Let us not dwell on this question and move on. It’s my personal matter, and I can’t say who gave me this video or if I made it.”

In an Instagram post, Amir Liaquat stated, “She fabricated that video but was unaware that her foot thumb would expose her badly.” You can see her foot thumb, where she claims I am involved in such activities (drugs).”