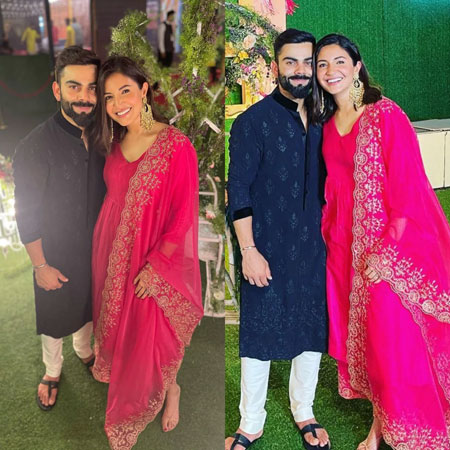 Anushka Sharma and Virat Kohli are always hyping each other up, be it on social media or in real life. Recently, the Indian cricketer appeared for a fun interview which was shared on the official social media handle of his IPL team, Royal Challengers Bangalore. In the video, Virat can be seen joking about his bad form in IPL and also taking those questions in a good spirit. Sharing the video on her Instagram Story section, Anushka wrote, “If you cannot laugh at yourself, you may be missing the colossal joke of the century.”

During the interview, he also spoke about visiting Bangalore with Anushka and the interviewer Danish Sait joked about the time when the actress called him handsome over Virat Kohli.

The caption on RCB’s official handle read, “RCB Insider: Mr Nags meets Virat Kohli Interview of the year! Catch Virat Kohli in a relaxed, honest and fun avatar, even as Mr. Nags tries to annoy him just like he’s done over the years.”