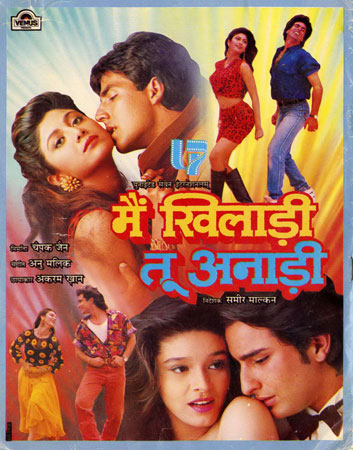 Sara Ali Khan’s fans might be thorough with the hook-steps of her songs.

But how many hook-steps does she remember of other Bollywood songs, including her father Saif Ali Khan’s numbers? Filmmaker-choreographer Farah Khan tested Sara’s memory during a recent episode of The Khatra Khatra Show, leaving the audience in splits.

Sara made a special appearance on the fun-filled show and was quite a sport during one of its tasks. Farah briefed her and others in the team for guessing the hook-step of some songs that’ll be played. While Sara managed to remember the dance from “Main Khiladi Tu Anari”, she failed to properly guess it for “Maa Da Ladla”, and was kicked by a puppet which Farah called “Avtaar ke Rajesh Khanna”.

Other celebrities who tried their hand at the game and failed miserably included Aditya Narayan and Karan Patel. Host Haarsh Limbachiyaa also took up the challenge and left everyone in splits when he copied Katrina Kaif from “Chikni Chameli.”

Created and produced by Haarsh, The Khatra Khatra Show has wife Bharti Singh as his co-host. The ongoing season has more than 50 popular celebrities indulging in some rib-tickling tasks, awkward dares and funny games. Farah Khan joined the team this season. She appears on the Friday episodes as a special host to add more fun.

The Khatra Khatra Show airs on Monday-Friday at 7pm on Voot, followed by a telecast on Colors TV at 11 pm.

She recently completed Lakshman Utekar’s next with Vicky Kaushal and is currently said to be filming Gaslight.