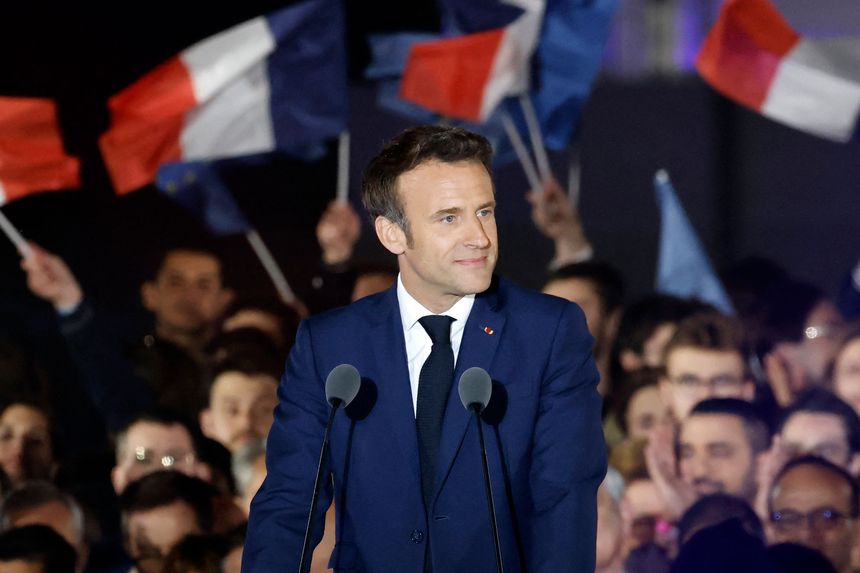 PARIS: French President Emmanuel Macron was on Saturday inaugurated for a second term after his election victory over the far-right, facing immense challenges in foreign and domestic policy following a first term which had often polarised the nation.

In a ceremony at the Elysee Palace, Macron was confirmed by Constitutional Council chief Laurent Fabius as the winner of April presidential election and then signed the formal re-investiture document.

Attended by a few hundred people including his wife Brigitte and his only surviving predecessors Francois Hollande and Nicolas Sarkozy, the ceremony was relatively modest but marked the first time a French leader is serving a second term in 20 years.

Macron faces a daunting agenda of implementing the reforms he vowed when he came to power as France’s youngest-ever president in 2017, as well as dealing with the Russian assault against Ukraine.

He is also indicating a more inclusive and understanding style of ruling after his first term saw critics complain the former investment banker had abrasive and arrogant methods. “I vow to build a planet that is more livable, a France that is more alive and a stronger France,” he said in a speech at the Elysee Palace, vowing a “new method” to govern.

In a tradition dating back to the Middle Ages, 21 cannon shots are to be fired from the Invalides military memorial complex to celebrate the inauguration. With no drive down the Avenue des Champs-Elysees or long red carpet, the ceremony resembled the re-inaugurations of Francois Mitterrand in 1988 and Jacques Chirac in 2002, the last French president to win a second term. Macron’s second term will only start officially when the first one expires at midnight on May 13.