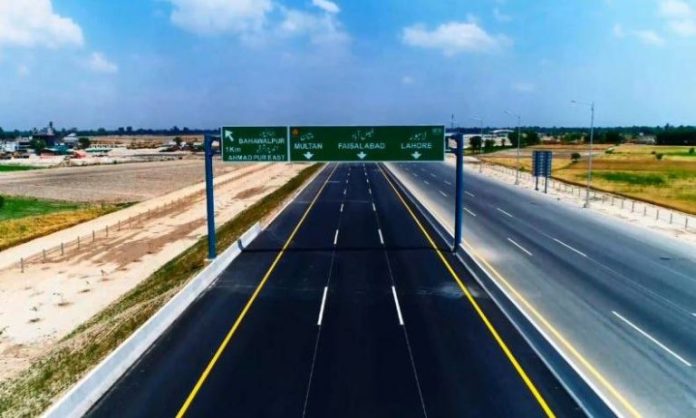 BEIJING: The Sukkur-Multan motorway, a part of the largest transport infrastructure project of the China-Pakistan Economic Corridor (CPEC), is lynchpin o the Belt and Road Initiative and hallmark of China-Pakistan friendship.

“It was an uphill challenging task but the potential and capacity of CSCEC, coupled with my rich experience of dealing with security matters for 32 years in Pakistani army paid its dividend.”

The project spans a wide area, so it was urgent to establish an effective security management system at its initial stage, China Economic Net (CEN) reported.

Faced with numerous difficulties and pressures, Zahid quickly sorted out his ideas and started with the construction of the project camp, giving priority to solving the problem of personnel placement.

“Terming the road as a lifeline, this phrase has truly been proven in the case of the Sukkur-Multan Motorway. It was a Greenfield project passing through rural areas and relatively underdeveloping areas of Pakistan. The project provided jobs directly to nearly 30,000 Pakistani people at peak time.”

“Living standards of the people all along 392 kilometres have been uplifted a lot. The Outlook of the area has been uplifted and a lot of economic activity has been generated in the area. With respect to me, I have gained rich experience in managing all aspects of a mega project,” he added.

Multan is Pakistan’s main production area for cash crops such as mangoes and dates, while Sukkur is an important transportation hub. From July, there is a sweet aroma in the air. After simple processing, fresh, high-quality mangoes will be trucked out and delivered across Pakistan in just a few hours, or even exported overseas.

A few years ago, however, it often took dozens of hours to transport mangoes from villages to urban areas, and then to Sukkur for further processing and sales. In particular, the roads are in poor condition, and the villagers are often frustrated with the loss of fresh fruit due to long-distance transportation.

“In December 2019, M5 was officially handed over and open to traffic, enabling the villages to connect to the outside world more quickly and smoothly. The completion of the project shortened the traffic time between Sukkur and Multan by 4 to 5 hours and reduced the distance by nearly 100 kilometers. Now, farmers can speedily move their goods from villages to towns and big cities,” Zahid said.

When asked how he felt about working on the project, Zahid said, “Sometimes it’s not possible to truly express one’s feeling in words, but still I will try. CSCEC is not just a company, but a big family, where everyone uses their professional skills, works together, cares for and respects each other.”

In the interview, Zahid listed the people who gave him professional guidance and help during his work on the project. “I would call them lovely and great people.”ť

“It is challenging to maintain the project timeline. I’m proud to see the project completed successfully ahead of schedule without any security lapse,” he added.

“The experience of working with a professional multinational company on such a mega project was of great benefit for me. Now I have complete knowledge of the dynamics of a mega project and consider myself fully experienced to handle any such mega projects. I also learned Chinese culture, Chinese style of working and the way they ensure timely completion of the tasks,” Zahid added.