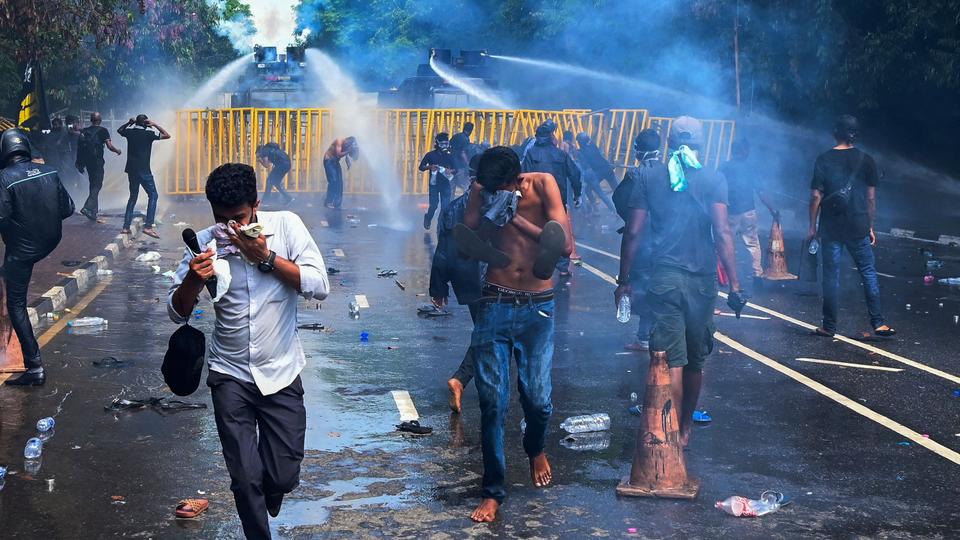 Sri Lanka’s president Friday declared a state of emergency for the second time in five weeks, giving security forces sweeping powers amid a nationwide strike by angry demonstrators who blame him for an unprecedented economic crisis.

A spokesman for President Gotabaya Rajapaksa said he invoked the tough laws to “ensure public order” after shops closed and public transport was halted Friday, bringing the South Asian island nation of 22 million people to a standstill after weeks of unrest.

The emergency gives sweeping powers to security forces to arrest and detain suspects for long periods without judicial supervision.

It also allows the deployment of troops to maintain law and order in addition to police. The spokesman said the laws will go into effect from midnight Friday.

Beleaguered Rajapaksa had declared an earlier state of emergency on April 1, a day after thousands of protesters attempted to storm his private home in the capital. That emergency was allowed to lapse on April 14.

But protests have escalated since then, fuelling Sri Lanka’s worst crisis since independence in 1948.

The new emergency declaration came as thousands of demonstrators remained outside Rajapaksa’s sea-front office, where they have been protesting since April 9, and smaller groups also tried to storm homes of other key government politicians.

The students’ attempt to storm the tightly-guarded legislature on Friday was their second in as many days.

They and other demonstrators blame Rajapaksa and his ruling family for mismanaging the economy. Months of blackouts and acute shortages of food, fuel and pharmaceuticals have caused widespread suffering across the island.

Millions of workers stayed off work on Friday in the strike, organised by the country’s trade union movement. Train and state-owned bus services were disrupted.

Industrial workers demonstrated outside their factories and black flags were hung across the country in an expression of anger against the government.

“We can pinpoint the policy blunders of the president that led to this very sorry state of our economy,” said trade union leader Ravi Kumudesh. “He must go.”

Private buses, which account for two-thirds of the country’s fleet, were also off the road, Private Bus Operators Association chairman Gemunu Wijeratne said.

“We are not providing services today, but if groups of people want to join the anti-government protests within a radius of 20 kilometres, we will give our buses free of charge,” Wijeratne told reporters in Colombo.

Rajapaksa has insisted he will not step down despite the escalating demonstrations, including the protest outside his office which has forced him to work from home.

Official sources said the president could pressure his elder brother, Prime Minister Mahinda Rajapaksa, to step down and allow the formation of a unity government to guide the country out of the economic crisis.

The main opposition SJB party has insisted that it will not take up any role in a national administration unless the president also steps down accepting responsibility for mismanagement and corruption.

Unable to pay for fuel imports, utilities have imposed daily blackouts to ration electricity, while long lines of people snake around service stations for petrol and kerosene.

Hospitals are short of vital medicines and the government has appealed to citizens abroad for donations.

Last month Sri Lanka announced it was defaulting on its $51 billion foreign debt, and finance minister Ali Sabry warned this week that the country will have to endure its unprecedented economic hardships for at least two more years.